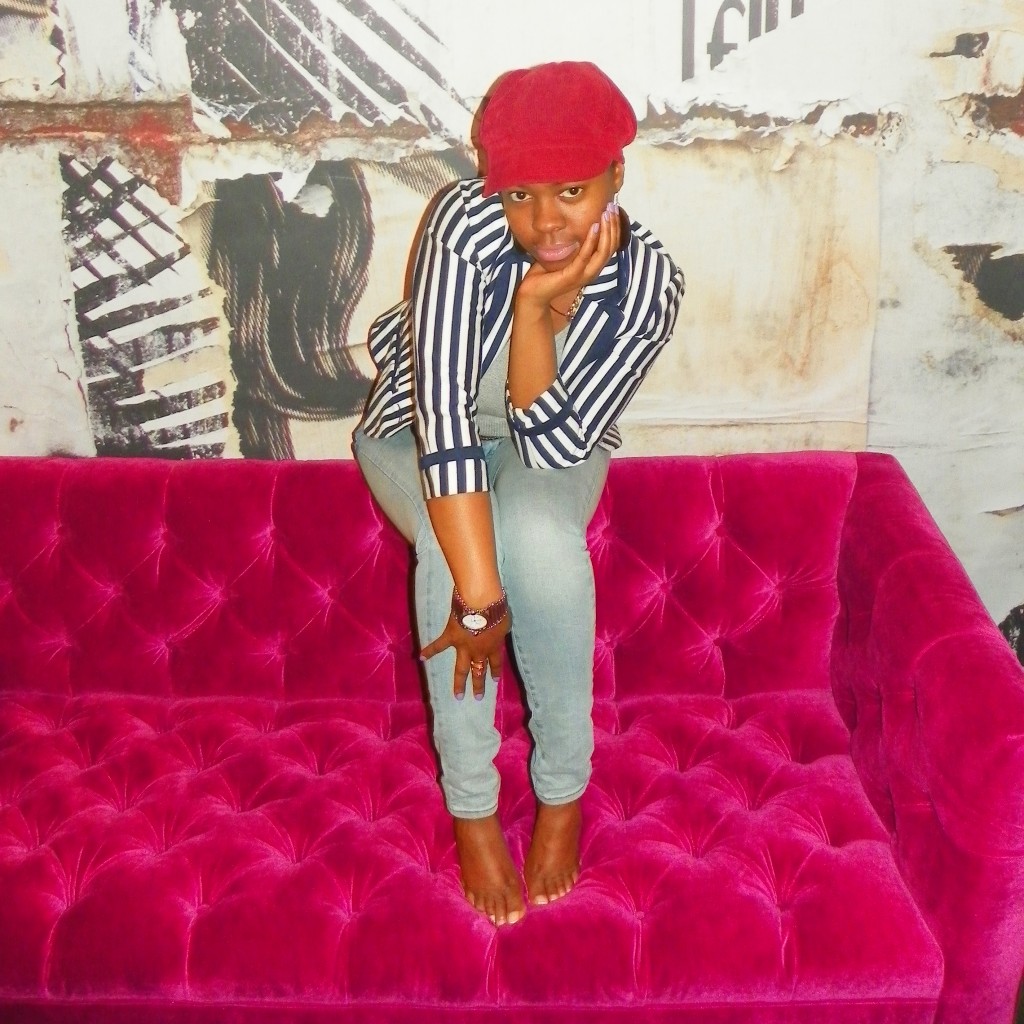 A graduate degree, a head full of dreams and a parental loan… that is how Georgette Pierre arrived in New York City.  The Viacom visionary flings her tan oxfords across the graffiti-covered production room. She sighs and says, “I spent a year at home [after school] resentful; the only internship that accepted graduates was NYU’s radio station.”  Now faced with a testing commitment, Georgette worked the internship for ten dollars a day. It was at NYU’s radio station where she cultivated her hunger for hosting and entertainment. After several months of intense radio micromanagement, Georgette landed a gig at a temp agency. With no qualms, she persistently leaped into media odd jobs – absorbing as much as she could.

For a year and a half, she would humbly walk past the Viacom building to the temp agency. “I would stand in Times Square and remind Viacom I was coming for her,” said Georgette. Her strong faith, work ethic and the laws of attraction collaborated, enabling her to do just that. Utilizing each opportunity as a stepping stone – she quickly moved along the ladder. Now the young professional’s stellar resume includes, the MTV VMA’s and the Rock and Roll Hall of Fame.

Her freelance career appeared promising. She resigned from her first Viacom position and dove head first into fashioning a path of her own. Georgette’s insatiable desire for artistic growth sparked the creation of Off the Record with Georgette Pierre, her radio show with nearly 100,000 listens. The fear of failure did not stall her movement. “No one could tell me this was not going to happen for me. This is something that I wanted. I am not pretending I did not have those nights where I thought I was crazy, but I never quit,” said Georgette.  On the road to success, letdowns are inevitable. Georgette’s radio show inspired a social media following that made her an excellent candidate for an elevated position at VH1, which she obtained.

Georgette jumps from her seat and touches the VH1 inspiration board. Her voice grows stronger, “I started seeking more than I could understand. I used to be such a prude; I never really embraced all the things that make women unique. We become submissive out of fear we will take away from ourselves or become less desirable.” Georgette makes everyone in the room look at her; she means business. VH1 served as her platform for eminent talent accessibility. However, whether you are her interviewee for MTV’s RapFix or the Viacom custodian, she speaks to you the same. In addition to immense ambition, she proves character.

She is an optimist in the face of adversity and a self-proclaimed “walking contradiction.” “I learned you can’t say what you will never do until you arrive there. I have come into myself by not making excuses and really owning who I am,” says Georgette. In an era of popular empty-heads, she represents intellect and affluence. There is hope for the generation that’s up next to bat and Georgette validates that.

Keep Up With Georgette Pierre: