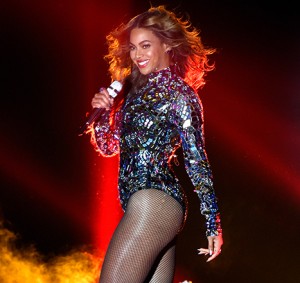 Congratulations to Beyonce Knowles-Carter on being 2014’s MTV Michael Jackson Video Vanguard Award recipient. Beyonce gave an astounding 16 minute medley performance of songs from her self-titled album. She sang live effortlessly while executing some of the most  intricate choreography in entertainment. Her husband Jay Z and daughter Blue Ivy presented her the award, with visible love, lip-locking and hugs. Blue seemed to enjoy the show, as she was dancing in her seat and said “Good job, Mommy!” presenting. Jay Z acknowledged her as the “greatest living entertainer” and Mrs. Carter said to be filled with “gratitude.” An emotional display and well-deserved honor for the timeless artist.  Simply Dazzling. 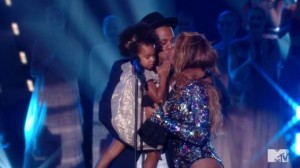