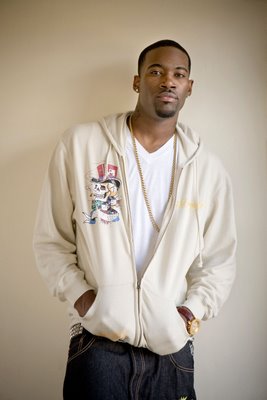 With his father being “DJ Suga Ray,” as well as, growing up in church, Chris Echols always had an immense adoration for music. Eager to broaden his horizons Echols taught himself to produce from his father’s old DJ equipment. Soon he was apart of a two-man band with his brother.  His father invested in their ambition by purchasing Echols a new keyboard.Now having the tools necessary to perfect his newfound craft, Echols dove head first into music. Shortly there after, Echols began working on computer software that provided limitless musical possibilities. In the midst of breakthrough, Echols was juggling school and basketball. Utilizing the same drive for music, his passion for basketball was soaring to great heights. Echols won the basketball state championship title for his school, along with the MVP award.  He was uncertain where his music was going and to please his family continued his hoop dreams.  During his two-year institution at University of Arkansas, Echols obtained an $80,000 athletic scholarship to Georgia State.

As Echols was soaring into his basketball career, he couldn’t shake his necessity for music. So he did what most wouldn’t, he dropped Spalding and focused solely on his first love… music.  Atlanta being a modern musical marvel, Echols believed he was in a boundless city of new beginnings.  Sleeping couch-to-couch and living out of his suitcase, Echols had no room for failure. He began working day and night with very minimal sleep, to create any and everything music.

It was that same passion that enabled his first break.  He wrote the hook to Rick Ross’s “Cigar Music.”  This amazing accomplishment displayed Echols was striding towards success. His brand-new motivation birthed another opportunity for him; Echols wrote “I Want It All,” which gained respect from noted female rap artist Trina.

Having high expectations for his career, Echols packed up and moved to West Palm Beach. There he continued to work vigorously and wouldn’t leave his room for days on end. With a new and more stable space Echols began to feel more at ease. This would soon be brought to end as he got word that the record for Trina was no longer being released. Soon following, he was forced to move back to Arkansas.

Hardship and trials never broke his spirit. Echols pushed even harder towards his dreams.  Working out of his mother’s house he composed “Slow Kisses,” which was selected by R&B singer Joe. His takeover had just begun, as Echols also wrote, “Let’s Talk” which was immediately handpicked by Omarion. “Let’s Talk” became the second single on the MMG “Self Made 2.”

Now closer to his dream, Echols linked to music dynamo Troy Oliver. Oliver and partner Randy Parker drove to Nashville to meet Echols.  After their meeting, Echols signed a management agreement and was introduced to world famous DJ Clue.  Exceptional music is in the works and his feel-good single “Smile” featuring French Montana is doing notable numbers online. This is merely the introduction to Chris Echols.

Keep Up With Chris Echols: