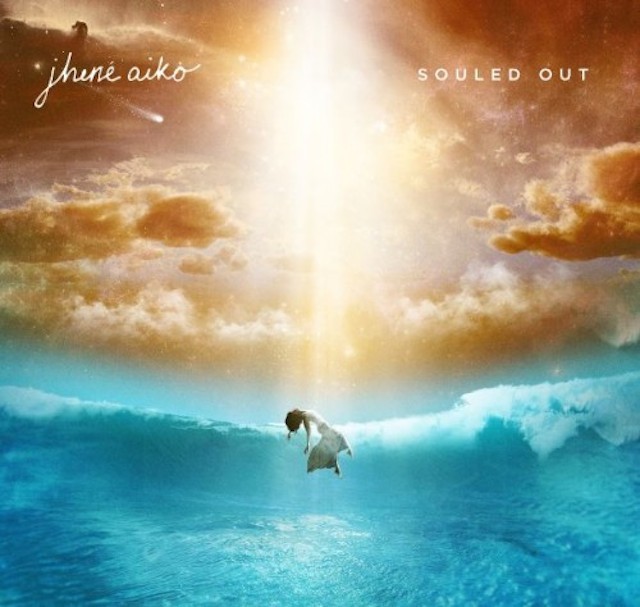 Like all great things, Jhene Aiko is well worth the wait. The young woman opened B2K’s “Scream Tour” and sang on your favorite rapper Drake’s hook. For over 10 years, she’s been on the music scene and  sharing the spotlight. Finally, at 26 years young Jhene Aiko was given her moment with Island Def Jam.

All her star-studded collaborations and Billboard features were placed on hold. Her debut album” Souled Out” includes her heart, her story and only her vocals. After building a foundation to that caliber… no assistance was really necessary. Well, with the exception of Common’s enticing spoken word. “Souled Out” is a retro fused inspiration for the new generation. It pulls from your mother’s records and adds the bass from today’s urban influence. The album is pure and stellar artistry, dug up from deep within.

She is a  sapiosexual true to her craft. Jhene Aiko never compromises her sound or  message. She is on a mission and no amount of industry pressure has set her off course. Jhene Aiko has not altered her slim figure or chosen occult symbolism. She does not wear designer clothes but instead is beautifully wrapped in bohemian linens.  She walks on stage barefoot and resounds poetry.  Her lyrics are printed in all her releases and serve as comfort for those distressed. Only advanced minds are able to grasp her cryptic wording towards peace. Humility is not often placed in the limelight but she dares to be different.

“Souled Out” is for the free spirits and thinkers. The music is for the loyal women who’s hearts were torn in half by their Superman. It is music for the runts of the litter who’ve overcome. The “weird” kids.  Jhene Aiko has mastered the art of story-telling. Her simplistic communication is impactful but transcends. Meaningful music prevails and everything comes in it’s perfect timing. There was no selling out for the release of “Souled Out”.

Art is meant to disturb the comfortable and comfort the disturbed.