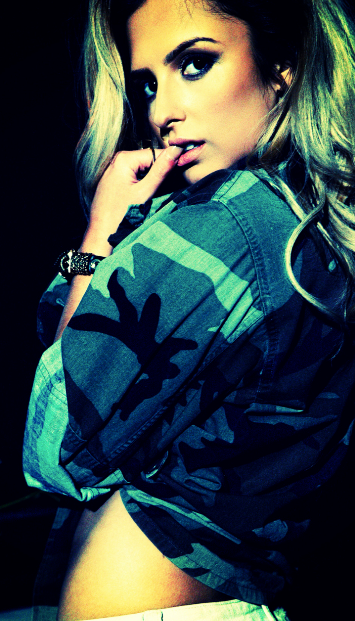 Leonelle is a singer-songwriter, dancer and actress.  She was born where dreams are made of, New York City. Early on Leonelle discovered her passion for music; she and her family began molding her craft. Even after relocating to the small town of Granville, Ohio, Leonelle’s family always understood her destiny as an artist. “They believed in me; my ability and nurtured me as a musician,” said Leonelle.

By the tender age of 7, she began singing and dancing to Britney Spears, Janet Jackson and Usher music videos. After school she would race home to watch MTV’s TRL and felt inspired. She was determined to learn every popular dance move and catchy song lyric.  By her 8th birthday Leonelle was traveling around the country performing musicals such as Beauty and The Beast, The King and I and Annie. She adored the stage and soon began dance classes, where she quickly went from beginner to advanced level.

Numerous producers took a liking to the miniature songstress. At age 12, she began writing crafty, rhythmic pop with well-detailed plots. Leonelle would fill up with tears listening to what she created thinking her dream of stardom had arrived. After learning how to create simple melodies and play piano chords, she began inscribing lyrics to create her sound.  Leonelle knew making music is what she was born to do.

Todd Harris, entertainment consultant to celebrities such as, Cher and Farah Fawcett loved Leonelle’s demo and connected her with various Los Angeles music producers and songwriters. After graduating high school Leonelle moved to Los Angeles and began recording original music.  Consequently, Leonelle gained a single deal with Sony Music Germany and her single “When the Night is Young” hit top 12 on the dance charts.  Along with her backup dancers, she toured prominent events, such as Los Angeles’ Fashion Week. As music affects everyday lives, Leonelle’s songs are young, fun and relatable.

Leonelle believes when you’re passionate about what you’re doing, the grind becomes inevitable. As she continues to find herself, she is turning her insecurities into power. “I think that’s the most important aspect of being a successful leader,” said Leonelle. She is a resilient artist and is continuously working past her hurdles; towards her break. Expect the beautiful blonde to bring vivid, upbeat, urban expression, that empowers women to be themselves. The self-proclaimed “female lion” is eager to launch her Girly Dope Lifestyle Brand. She is prepared to go public and platinum; as she so valiantly states, “The world isn’t ready for Leonelle!”