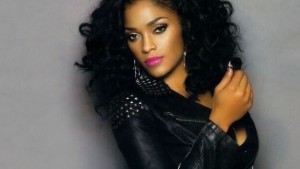 Joseline Hernandez has a lawsuit on her hands from former co-star Althea Eaton after she “put her paws” on Althea during the reunion show. Now, she’s confirming the show is fake! As if we didn’t know. Deets inside…..

“Love & Hip Hop: Atlanta” star Joseline Hernandez is confirming what most of us already knew (ad if you didn’t, bless your heart)….”Love & Hip Hop” is scripted!

So, why is she spilling the beans all of a sudden? Well, Joseline’s former co-star Althea Eaton is suing her for the violent brawl that went down during the last reunion show. You’ll recall, Althea and her man Benzino were both kicked off the show, likely to do with the lawsuit.

So, Joseline had to testify under oath in a videotaped deposition, caught by TMZ, and that’s where she ade the obvious confirmation! She begin explaining,

“Well with reality tv…it’s mostly…it’s called reality, but it’s a lot of acting in the reality world.”

So does Joseline want to absolve herself of any wrong doing because…she was told to fight?

Althea’s lawyer questioned whether the REAL Joseline was present during the fight or was she simply playing a character. She said,

“The reality tv show showcases a lot of who we are not. And I say that because you never know what happens in reality tv, you know? They’ll showcase your music, they’ll showcase some things, but that’s not who Joseline Hernandez is.”

Chick loves to talk about herself in third person.