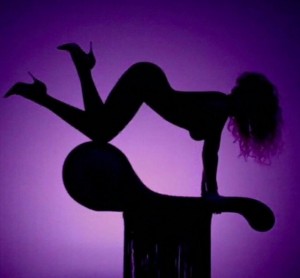 Who wants that perfect love story anyway? While their marriage is under much media scrutiny, the Carter’s delivered a rather unbothered performance. Stadium seats packed, the ordinarily private Jay-Z and Beyonce offered great insight through their careers and past 12 years of their relationship.

On The Run Tour was a spectacle, as Jay and B appeared to nearly be battling each other for shine, through perfectly timed song transitions. The show began with the disclaimer,” This Is Not Real Life,” for their outlaw Bonnie and Clyde looking short film. Visuals of guns blazing, highway chases and Beyonce in a bad ass mini-wedding dress made it  hard to remove your eyes from center stage. A shocking moment was when Beyonce appeared following the visuals to sing “Resentment,” in a wedding dress.

This is a highly controversial performance on the tour, as the lyrics are detailing infidelity in a relationship. Though Mrs. Carter has never confirmed the song to be about her husband, she changed the original lyrics from “6 years” to “been riding with you for 12 years why did I deserve to be treated this way by you”. Woah! She goes on to sing, “I gotta look that wack bitch in her eyes and see she’s half of me, she ain’t even half of me”. It is hard to believe any woman would try Beyonce but the show continues and out comes Jay-Z. “Song Cry,” was possibly the most emotional performance displayed by Jay-Z on OTR with such powerful yet relatable lyrics.

Highlights include a very sexy rendition of “Naughty Girl” with Beyonce and her dancer’s in fishnets, thongs and lingerie. The Stadium was glued to her. Beyonce covering Lauren Hills’ classic, “Ex Factor” was unforgettable. Ms. Hill is a tough act to follow and Beyonce’s rendition most definitely served the song justice. The caption the world has been waiting for appeared during OTR, “This Is Real Life”. An array of home footage and private moments was displayed to the stadium. During OTR fans even got to watch a much younger “Crazy In Love,” Jay and B. Additionally, OTR displayed Blue Ivy’s first step, her playing and glimpses of their wedding. Often times, the public forgets the Carters’ are humans like the rest of us. The images were very vulnerable, ordinary and beautiful.

The couple closed the show together with “Lift Off” and Jay-Z gives his wife a very heartfelt hug and kiss. Regardless, of the rumor mill, the Carter’s prove to be equally genius, on their co-headlining tour. Their talent is unmatched by any other Hip-Hop couple and they are virtually American royalty. Time will tell their marriage’s fate, but entertainment can only hope we will experience this caliber of music as long as these icons are here!