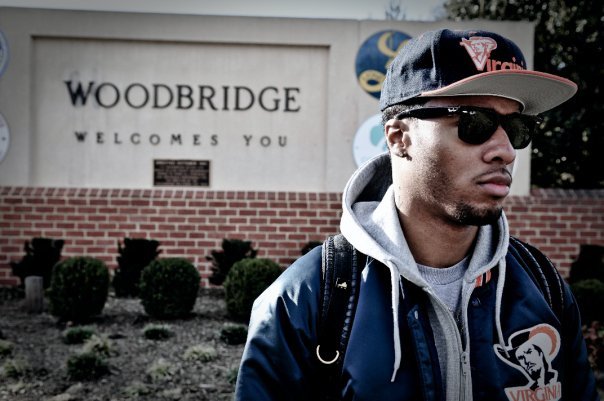 As Universal Music producer Jay Fresh Kicks’ (JFK) song “Kick It” blares through the speakers, genuine appreciation for Hip Hop culture is evident in its distinctive sound.  “Kick It,” like much of his music, incorporates elements from early Hip-Hop and various musical genres.  With a corresponding HD music video featured on WorldStarHipHop.com, viewers are introduced to JFK’s originality.  Born Jason Fleming, JFK said, “Growing up, I always found myself listening to music or in front of the TV watching music videos. I was able to appreciate the sounds, the look and fashion.”  His diverse appreciation for music and exclusive sneakers evolved into the passion that would fuel his success.

Jay Fresh Kicks’ fascination progressed into his first musical ventures as a DJ. “Meeting rappers in high school was the turning point for me,” said JFK.  As a DJ, he always had all the latest instrumentals for him and his friends to rap over.  Eventually, he discovered software that would enable him to create his own tracks.  The start of JFK’s label HollaFame Music quickly initiated.  “I fell in love with production, the whole process and never stopped,” he said.  All the bright Madison Square Garden spotlights, #1 independent record request and an international platinum record placement seem to have little affect on his ego.  There is a refreshingly humble aura about him.  Although he has faced his share of the industries inconsistencies he continues to actively brand “#GoodVibes” throughout his journey.

At the age of 19, JFK turned down his acceptance to Full Sail University and left his hometown of  Woodbridge, VA for Hollywood.  “I had recently placed my first record on a project for an up and coming female rapper named Morgan Smith. She was signed to Interscope Records at the time and had a pretty big buzz around her,” said JFK.  He produced a couple tracks on her project and developed a relationship with her management and the rapper who was writing her material.  Fully utilizing this opportunity JFK eventually was brought to work under the same management team, Erving Wonder.  Early in his career he obtained several influential placements, including, Yung Berg, Shawnna, Lil Fizz and Ray-J.  Also, JFK created tracks on Eve’s self-titled UPN sitcom and composed the internationally acclaimed 2005 Project Runway finale track for Bravo TV.

This was only the beginning; in 2009 JFK signed a publishing deal with Universal Records that changed his life.  Now having the backing of a major label, he was given the opportunity to fully focus on making music and developing his talent. In addition, becoming affiliated with the Universal brand further established his name.  More industry doors began to open to him.  “There is a lot more credibility in the world once you have the backing and co-sign of a major company” said JFK.  He urges up and coming producers to “KNOW exactly what kinds of deals are out there, which ones suit you and are best for your personal situation…research the industry and how it works.  There are always opportunities to consider and decisions to be made. Some are short term and some will affect you long term.”  Furthermore, JFK does not wish to confine his name solely to the title of “producer,” since his artistic capabilities are immense.  We have all heard the Jack of all trades is the master of none; however, JFK effortlessly executes numerous components of music composition.

The astounding beats created by JFK have been embraced by artist including Trey Songz, Avant, Lloyd, 50 Cent and Rick Ross.  As he raps the lyrics, “I built a bridge from the Bridge (Woodbridge,VA) to my destiny” passion is undeniable.  There is no formulated gimmick, JFK really lives and breathes music.  Having produced limitless tracks he knows he can craft the record that will change his life at any moment.  “I try to be as productive as I can and not waste time,” said JFK.  The vibe around him is what stimulates his creative process.  As he travels throughout the country his music is inspired by environments of all sorts.  His studio sessions usually include visual stimulants, such as, light projectors, fog machines and candles.  With no particular preference JFK said, “I can create on a plane, a beach, in bed, in a studio or wherever I can use my laptop and headphones.”  The hunger to write that faultless song, arrange that amazing beat or produce the phenomenal track is never ending.

Ask JFK his greatest accomplishment and he’ll say “staying alive.”  The Universal Music super producer’s optimism increases his entrepreneurial productivity, as the CEO of HollaFame Music, a self-proclaimed “lifestyle specialist” and an evolving artist.  With notable album features and an inked publishing deal the modest JFK continuously aspires for progression, radio singles and a Grammy.  He is a man of few words yet his music speaks volumes.  Jay Fresh Kicks radiates positivity, while his blended music and fashion maintain an international presence. It is obvious to anyone who watches him work; his talent is as rare as the kicks on his feet.

Keep up with JFK: