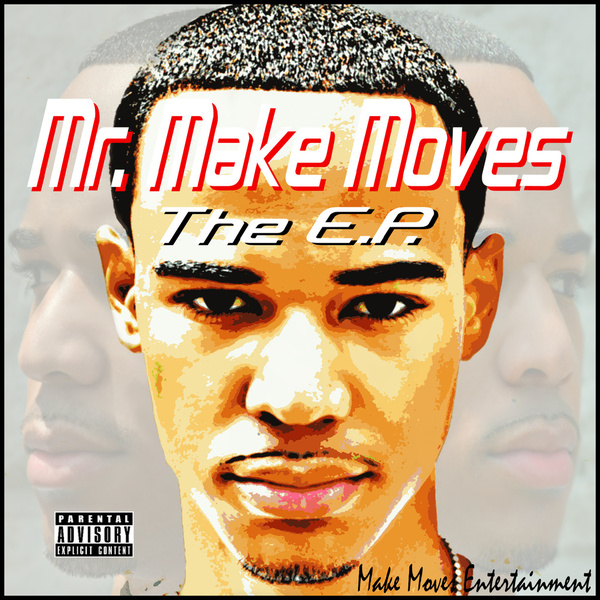 Mr. Make Moves is a highly ambitious CEO, self-motivated artist, DJ, song writer, producer, talent scout and A&R.  By the age of 18, Mr. Make Moves created his own independent music entertainment company “Make Moves Entertainment” and by 21 further expanded his empire through establishing “Make Moves Entertainment” as a legal publishing company.  The charismatic MC has been embraced by more than the packs of stiletto wearing followers that come to his shows.  Whether he is graduating with honors from a nationally esteemed university or making headlines opening in front of thousands for Maybach Music’s major recording artist “Wale,” he continuously is grinding towards inking a deal.

Today Mr. Make Moves new self titled E.P. is digitally available world wide on iTunes, Rhapsody, Amazon and over 15 other distributors.   Previously, his mixtape “Go In Season Vol. 1” achieved a respectable buzz and recognition by thousands, including DC’s renowned DJ Eskada.  With his YouTube channel achieving well over 88,000 uploaded views; it is no surprise that his latest single “Feeling You Tonight” is launching immediately with nearly 30,000 views (Vexon TV stamp included.)  “Mr. Make Moves The E.P.” lyrically displays the advantage of being book smart and street smart.  This E.P. exposes his journey and listeners are enlightened on how he fathers his ambition.  Mr. Make Moves does this all naturally he raps, “I’m a young fly ***** like a bachelor be with the same degree now it’s plain to see, I came up underrated now they claiming me…”  Self confidence and immaculate beats created by Virginia’s implausible producers T.K. and Mr. Tetriz make it possible to play “Mr. Make Moves The E.P.” from start to finish.

How many artists do you remember were initially dope and soon followed up with a mediocre project?  Mr. Make Moves musical hunger only amplifies, his views increase and his international market widens.  Not to mention his voice resonates over hour long New York City radio slots and receives DC club spins.  With his heartbreakingly handsome baby face, Mr. Make Moves obtains gratitude from chief public relations locations like Los Angeles.  Numerous relatable songs are included on the self-titled E.P., including tracks based on long distance relationships such as, “Can’t Let You Go” and the comical young entrepreneur anthem “Problem With Commitments.”  From his up-tempo independent hits to incredible melodic songs “Mr. Make Moves The E.P.” has something for everybody.  There are no boundaries when he invites you into his bedroom and bosses his lady up on the track “So Sexual.”  His creative concepts are limitless easily making him a fan favorite.

Any genuine dream chaser must have “Mr. Make Moves The E.P.”  The artist is as diverse as his name and Mr. Make Moves shows no sign of slowing down.  Look out for his persistent visionary label “Make Moves Entertainment” as their constant projects stream across your computer screen.  “Everyone raps, sings and calls themselves artists or musicians but only FEW Make Moves!” said Mr. Make Moves.  The mogul in the making has that “it” factor and anyone who does not know about Mr. Make Moves will soon find out.

Keep up with Mr Make Moves: