Over the past few weeks, the music world has seemed to revolve around the Canadian megastar Drake. He’s headlining all things hip-hop and smashing other No. 1 Billboard charting artists’ street credibility. Drake announced his appreciation for Latinas early on, but these are a few reasons why his admiration is reciprocated.

1. He may not start the fight but he can certainly finish it.

Drake was recently attacked on Twitter by rapper Meek Mill with ghostwriter allegations. He swiftly responded with diss track “Charged Up” and freestyle “Back to Back.” “You love her, then you gotta give the world to her. Is that a world tour or girl’s tour,” freestyled Drake. The Pinkprint tour may pack pavilions, but not even Meek Mill’s rap star girlfriend Nicki Minaj could save him.

Jennifer Lopez made the ‘6 God’ shriek, “AYE!” when she strutted on stage at the 55th Annual Grammy Awards. It’s okay Drake, we understand. 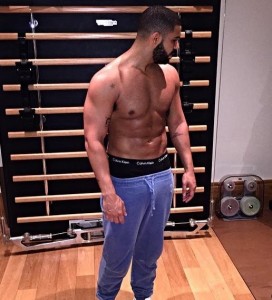 It appears Drake is no longer a lightweight. Historically, Latinas love a man who can eat. He’s packed on some well-molded pounds, and we certainly love the views from the 6.

Drake recently brought back his old “Degrassi” acting chops in the video “Energy.” Take a look at his impersonation of Justin Bieber’s Calvin Klein underwear ad. Watch your back, Biebs!

5. We swooned over his bachata single.

This lyricist is quite the vocalist. Listen to his No. 1 Billboard Latin Airplay collaboration with Romeo Santos. And yes, them Spanish girls still love him like he’s Aventura. 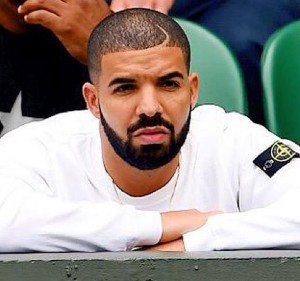 7. Drake could pass for Latino. 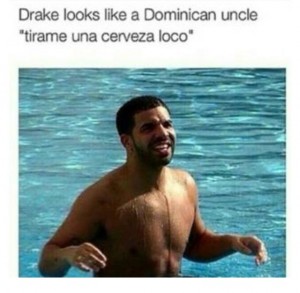 We’ve seen him poolside with Puerto Rican model Bernice Burgos, but we didn’t realize how much he resembled tio.

Lord knows it takes a passionate man to sustain a Latina.  Drake keeps adding fire to his rap feud, after Meek Mill released diss response “Wanna Know.” This week Drake opened his OVOFest set with “Back to Back,” while the Meek Mill memes (that blew a hole through Instagram) streamed on the jumbotron. His hometown of Toronto screamed “F*ck Meek Mill!” Drake forewarned us—he goes from 0 to 100 real quick!