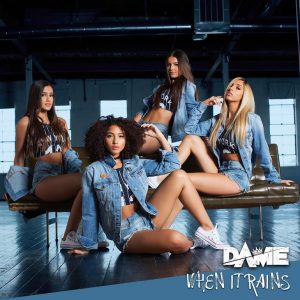 Hailing from New York City, Haylee (18), Nora (17), Brooke (17) and Kaylin (17) are poised to step up as America’s next revered girl group. What started as an after-school hobby of harmonizing on Youtube covers, quickly caught the eye of music veteran Shawn Stockman (of Boyz II Men). Shawn realized the girls embodied the same talent and drive that has kept his group successful for over 25 years. Following in the same artist development footsteps, Shawn and his business partner Brian Miller, flew the girls to Atlanta, GA, where they were placed under a rigorous (5) month daily schedule, that included creative direction from celebrity choreographer/director Jamaica Craft (Usher, Neyo, Empire) and vocal aficionado Mama Jan (Justin Bieber, Usher).

In addition to preparing themselves as entertainers, the girls are also “studio rats.” They record day and night. Very similar to their manager/mentor, they absolutely love harmonies and find a way to incorporate them into the majority of their music. With the help of industry writer/producers, J. Hart, The Co-Captains and EJ Mackey, the girls identified two singles that they feel cover the spectrum of both pop and urban music with their new singles “When it Rains” and “Ran Away” (both available on I-Tunes).

With the support of Hard Candy Cosmetics (the #1 Cosmetic Brand in Walmart) the girls successfully toured various high schools this winter, to prep themselves for touring this spring, and shot their official video for their single “When it Rains.” View the video above: