The underground music circuit in NYC is crawling with exuberant talents, from the songsters busking across the grimiest of subway platforms, to the silver-tongued poets of downtown speakeasies.

And, New York resident’s tenacity to make it against all the odds inspires beyond the five boroughs to the quietest corners of the small towns — specifically, Mobile, Alabama. While the dirt roads and backroads T BARZ was accustomed to lacked the euphonious ingenuity she yearned for, the rap knocking from her boombox stirred courage to become a lyricist. With her pen to paper, hip-hop became her way out. After years of development, “Flexin,” brought the song breakthrough she dreamed of.

The Knockturnal caught T BARZ in between her viral freestyle series to discuss a #1 single, the state of mainstream hip-hop, and her latest offering, “FACT & FICTION.”

Check out what the buzzing newcomer has to say.

The Knockturnal: You recently made an SOBs crowd chant your name, but where did the name T BARZ come from?

T BARZ: The name came from rapping around the scene in my hometown. I used to be called “Felecia T” because my government name is Felecia. T is the first initial of my last name. However, slowly local rap peers started adding “BARZ” at the end because I habitually dropped dope 16s. It began to stick with me, so I just lost “Felecia.” I needed to go with T Barz for a harder name. 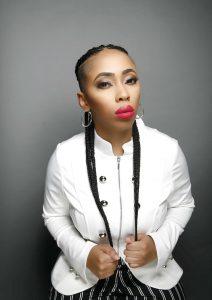 The Knockturnal: What did you gain sonically beginning as a spoken word poet in the underground circuit?

T BARZ: Poetry was more so feeding that artistic itch. At that time of my life, spoken word was my thing. Still, there was a void. That form of expression felt like something was missing. So, I transitioned into rapping.

The Knockturnal: How did Mobile, Alabama influence your sound?

T BARZ: Well, I’m coming from a city that was initially built as a retirement city. There was little to no hip-hop influence in my town… let alone Alabama. I listened to the radio. What I saw on TV was how I connected to hip-hop & the culture.

The Knockturnal: You say you’re an “overall multi-talented with paid skills.” What kind of acting and dancing performances have you put in the world that you’d like your growing fanbase to know about?

T BARZ: When I began, the art was not major, but if I got paid to do it, then it’s cool with me! [Laughs] Before delving into music as an artist, I did some backup dancing for artists throughout the south. Dance was my first love in entertainment. As far as acting, I love it. I can’t wait to get more involved in that realm. I remember starting as an extra in this indie film called “Sons of Liberty.” I didn’t have a speaking role, but it was exciting because I saw the actors in action. [That sparked a fire in me.] From there, I was able to expand and get paid, too. [Laughs]

T BARZ: I climbed to #1 on Amazon & next iTunes… for three consecutive weeks.

T BARZ: If I had to pick three, [it would be] Eve, Biggie, and J Cole. Also, Missy Elliot and Common are a bonus!

The Knockturnal: How did you conceptualize the record, “Two Way”?

T BARZ: I saw a post on Facebook from a guy that said “Women are always crying, and doing the most when a guy cheats. Why don’t y’all just cheat back”? So, I took that and created the whole song concept. Play as they do. You know? Boss up and show them two can play that game. I needed to go against what he assumed to be natural to women, crying in a corner.

The Knockturnal: Who are your favorite female rappers out now?

T BARZ: Honestly, I don’t have many female favorites that are still making music. A few MCs I can definitely listen to are Dreezy, Rhapsody, Tink, Sa-Roc.

The Knockturnal: What is your message with your latest release, “FACT & FICTION”?

T BARZ: The message is to take what you witness from the music industry with a grain of salt. Always consider it entertainment. Do not let it dictate your life. Half of what you see isn’t what it seems. A lot of labels just want artists to make money. So, if being “hard” and “carrying choppas” around is what they think will sell… then that’s what they will push visually. Also, the music will thrive whether that artist has lived that life or not. Ultimately, I believe the youth are the ones who will take the fall.

The Knockturnal: Who is T Barz?

T BARZ: I am a positive, funny, motivating, and talented free-thinker. I am an MC. Ironically, I’m chill, sometimes a little too chill. [Laughs] It sounds cliche, but I’m really just a simple Southern girl.

By Bianca Alysse Mercado for The Knockturnal.com