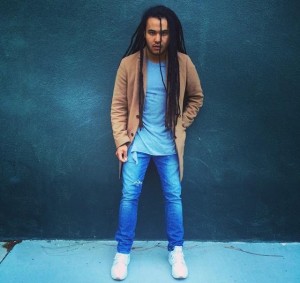 “I am a first generation American. My parents came here with nothing and gave me a life that was a hundred times better than theirs in Honduras,” said Kehlani’s head stylist Daniel Buezo. He is fairly modest considering he fashions the songstress that finessed her way to our mixtapes, with Cloud 19 and You Should Be Here. Buezo is fresh off Kehlani’s 30-show tour; but when he is not South by Southwestin’ or Coachella prepping, he is dressing Hollywood’s A-listers, as an Opening Ceremony House Stylist.

One thing is for sure; he continues to count his Brooklyn blessings. “It is not cliché to say New Yorkers are natural born hustlers. I understood I needed to create opportunities. My mother instilled those traditional Latino principles. Hispanics’ work ethic is crazy,” said Buezo.  Upon acquiring his Bachelors, he invested his humble income into fashion books and a plane ticket to California. 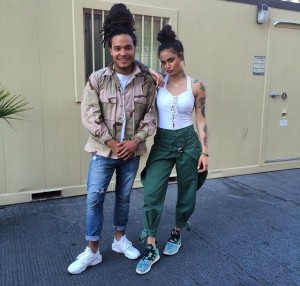 The city of angels is where Buezo’s career soared. “I had enthusiasm but I needed to figure out where I fit in. This is why I stand strongly behind Opening Ceremony. I love the company and was intimidated to join their team. I questioned if I would be good enough. My relationships began building and I believe God sent me Kehlani. Having an artist believe in my work, as much as, I believed in hers – made me create on a greater scale,” explained Buezo.

This greater scale included his tailored technique being displayed in nearly every North American metropolitan area. His smoldering, inked-up canvas is Kelhani’s killer body. “Seeing Kehlani’s growing fanbase emulate her style is amazing. Our garments evolve as we touch new stages. I met Debbie Gonzalez, a Mexican costume designer, who was equally passionate about building a brand. She’s styled artist in the past. We work well together; I can appreciate an ambitious Latina,” said Buezo.

He went from working harder to working smarter. Buezo now has a co-stylist, creative collaborators and Kehlani’s viral #TsunamiMob always anticipating his next laid-back, Californication styled presentation. “I initially came in with the idea, ‘No one can do it the way I can do it.’ I realized that first you’re hard worker then you become a leader. I’ve always been fascinated by Ralph Lauren. He was the first designer I saw turn his brand into a lifestyle. I can buy Ralph Lauren shirts, bedding, candles; I can purchase a gown for a woman. It is all inspiring,” said Buezo. 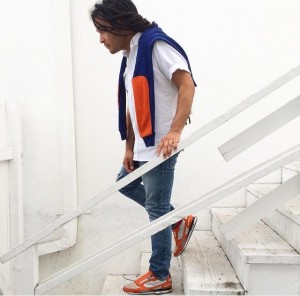 His limitless magnetism turned assumed possibilities into reality. With a passion for patterns and a delectable taste in textures, Buezo’s ensembles fuse chic with street. He challenges the snapchat generation’s concept of beauty, by creating wardrobes that leave something to imagination. Buezo is a testament that even Hispanic boys from Bushwick near destitution can become influential men with resolutions.