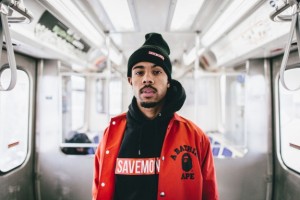 Vic Mensa has made a hell of an introduction to mainstream hip-hop this year. With an impressive roster of cosigns, it’s safe to say Roc Nation‘s new golden boy is not here for Travi$ Scott. Although Mensa never specifically named the G.O.O.D. Music artist, he referenced Scott’s well-known “straight up” adlib during his recent freestyle. The Chicago bully Mensa has that ‘you can’t f*ck with me’ allure to him. Let’s see if these young kings end up sparring in the near future.

“Couple rap n*ggas you thought we was crew (straight up)/ Real life n*ggas is corny what can I do (straight up).”