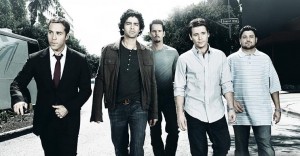 Bio: Entourage is an American comedy-drama television series that premiered on HBO on July 18, 2004 and concluded on September 11, 2011, after eight seasons. The series was created and largely written by Doug Ellin and chronicles the acting career of Vincent Chase, a young A-list movie star, and his childhood friends from Queens, New York City, as they navigate the unfamiliar terrain of Los Angeles, California.

Mark Wahlberg and Stephen Levinson served as the show’s executive producers, and its premise is loosely based on Wahlberg’s experiences as an up-and-coming film star. The series deals with themes of male friendship and real-life situations in modern-day Hollywood. The show is known for its array of famous guests, having featured several actors, athletes, and other celebrities in guest star and cameo roles. The movie will be out soon.