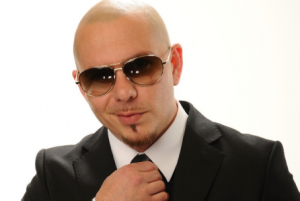 If you’re not a SiriusXM subscriber, you now have an awesome reason to sign up!

On Tuesday, Pitbull launched his Globalizationchannel and celebrated by performing an exclusive, private concert at NYC’s Apollo Theater for SiriusXM listeners and a few other invited guests — including us!

“It’s an exciting and an honor to partner with SiriusXM on the Globalization channel,” the 34-year-old Cubano said in a statement. “Launching the channel at the world famous Apollo Theater on May 19, there’s no better place to make history. Dále!”

Pitbull kicked off his high-energy performance with “Don’t Stop the Party,” and of course, had everyone on their feet! Guests were treated to mini hamburger, a Pitbull Globalization t-shirt, and more.

Pitbull is the first Latino musician to launch a music channel on satellite radio service SiriusXM. We’re so thrilled for him!