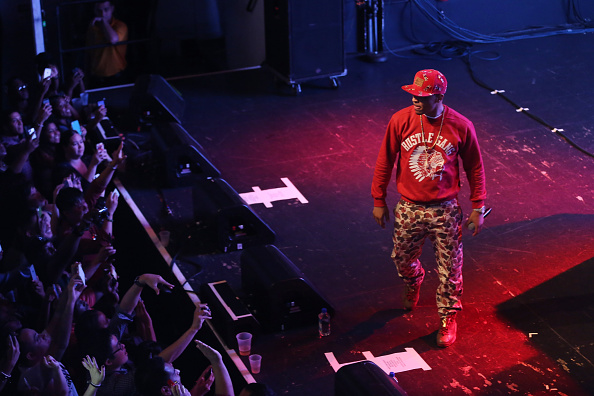 In an odd twist of events, radio stations momentarily stopped attempting to rip one another’s throats out and collaborated for a concert. Last night Funk Flex dropped 100 bombs and reminded New York City he was the “best to ever do it”. Historically, no one can talk their shit better than Flex.  Advertising Week headlined Columbia Record’s T.I. and Terminal 5 was packed!

Few have mastered the art of being a reality TV star with street credibility. T.I. is no fraudulent rapper and though he grew up in the hood, he articulates like a congressman. His eloquent speech is a characteristic few people in Hip-Hop proudly display. His performance was effortless. T.I. is preparing for the release of his 9th studio album and made sure Terminal 5 was aware he’s not falling off.

His age has not gotten in the way of his relevancy nor has his ear for talent diminished. Grand Hustle’s first-lady Iggy Azalea has topped the charts and even tied Billboard placement with The Beatles. T.I. is not only street smart but a multi-faceted business mogul. New singles “No Mediocre” and “About The Money” are undeniably catchy.

With “Hot N*gga” by Bobby Schmurda currently being the biggest hit in the rap world, T.I. made sure to spit a verse on Schmurda’s beat, in NYC.  T.I. may bankhead bounce but his schmoney dance is better than most New Yorkers. He finesses the women with fancy footwork and has a record that lets men know he’s bout’ that action. He is a lethal lyricist with a message. “If I can get up here where I’m from and do it. You have no excuse not to. It’s nothing but getting up and getting to it”, he announced with his southern drawl. Humble beginnings earn rightful bossy statements, but just let T.I. tell you, “It’s the KING Bitch”!