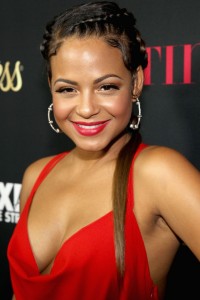 Christina Milian is back on the music scene!

On Sunday, the 33-year-old Cuban American singer released her first single, “Rebel,” off her upcoming album — but that’s not all. Yesterday she announced via Instagram that she had also released a lyric video for her latest track. “New #Rebel lyric video on #YouTube check it out,” Milian wrote.

“Rebel” explores a couple in a relationship that many don’t agree with, but they don’t care because all that matter is how they feel for each other. Earlier this year, Milian told us she was preparing to release this first song, and we couldn’t wait to hear it!