While T-Pain puts the finishing touches on his next studio album, Stoicville, he is gearing up 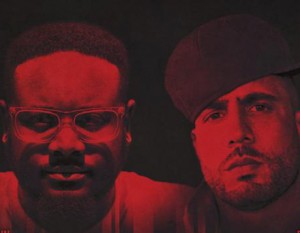 for a new Gangsta Grillz mixtape with DJ Drama titled The Iron Way. Not much has been revealed about the project, but Teddy Pain and Drama have reportedly been hard at work in the studio, with a release date and additional info expected soon.

This will mark T-Pain’s first ever Gangsta Grillz mixtape and will serve as a solid precursor to his upcoming album, which he has already given fans a sneak peek at through various releases last year. It’s not known if T-Pain will stay away from his patented auto-tune on the tape (like he’s been doing recently), but we will find out sooner than later.