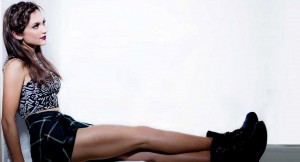 Bio: Grace Tandon, professionally known as Daya (pronounced dey-uh), is an American singer, songwriter, and multi-instrumentalist from Pittsburgh, Pennsylvania. She is signed to ArtBeatz and Z-Entertainment, and released her self-titled debut EP, Daya, on September 4, 2015, which includes the song “Hide Away” which has so far peaked at number 31 on the Billboard Hot 100.