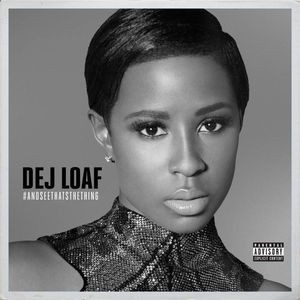 DeJ Loaf has a surprise for her fans with the release of her EP #AndSeeThatsTheThing, which hits iTunes tonight. With a stark black-and-white portrait as its cover, the project reflects her attempt at emotional honesty.

For help, she enlists Big Sean for the single “Back Up” and Future on a track called “Hey There” (via HHNM). Though the DS2 rapper’s recent rise has come in large part due to tough street posturing, let’s not forget that this is the same guy who rose to fame with beautiful, vulnerable love songs like “Honest” and “Astronaut Chick.”

His slurred melodies contrast with Loaf’s pure voice over an ethereal R&B production—”Paparazzi wasting time if they trying to catch us,” Future sings. It’s a romantic slow jam that wouldn’t sound out of place on anyone’s bedroom playlist.