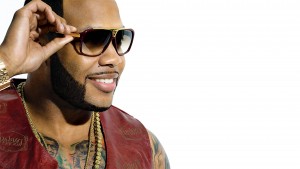 Pre-order Flo Rida’s new “My House” EP and get an instant download of “Here It Is“:http://smarturl.it/MyHouseEP

Bio: Tramar Lacel Dillard (born September 16, 1979), better known by his stage name Flo Rida , is an American rapper. He is known for hit songs such as “Low“, featuring T-Pain, which was a number 1 hit for 10 weeks in the United States in 2008, and “Right Round“, featuring Kesha, which was a number 1 hit for six weeks; both songs broke the record for digital download sales when they were released. Other international hit singles he has had including “Club Can’t Handle Me“, “Good Feeling“, “Wild Ones“, “Whistle“, and “I Cry“. He has frequently collaborated with other artists, both on his and others’ tracks. Hit songs by other artists featuring Flo Rida include “Running Back” by Jessica Mauboy, “Bad Boys” by Alexandra Burke, and “Troublemaker” by Olly Murs.