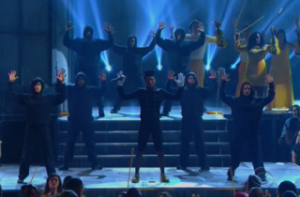 “At the latter end of his performance, Williams and his back-up dancers wearing black hoodies (in connection with the late 17-year old Trayvon Martin), threw up their hands as a demonstration of the “Hands Up, Don’t Shoot” protest gesture, in ode to the late 18-year old Michael Brown killed by a police officer in Ferguson, Mo.” (via Billboard) He concluded with performance by saying, “As you can see I’m at your service Lord.” 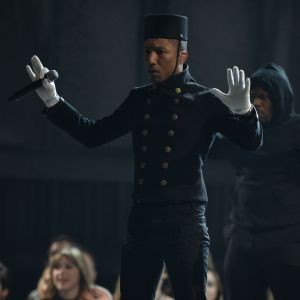