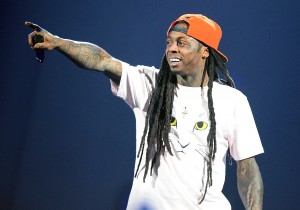 Miami Beach police responded to a call today claiming that there had been a shooting at Lil Wayne’s mansion in Miami.

When authorities arrived at the house they determined that it was a case of “swatting.” “We can say for sure it was a hoax,” confirmed Miami Beach police spokesperson Ernest Rodriguez. He also verified that someone called around 12:40 p.m. to say four people were shot inside the waterfront home.

Christina Milian’s rumoured beau was not present at the time, but a spokesperson for his record label, Young Money Entertainment, assured everyone that the rapper was unharmed on Twitter. Lil Wayne also took to social media to tell fans there had been no shooting.

The incident isn’t the only suspicious activity that has taken place at the home this year. In February, TMZ reported that police were called to Lil Wayne’s Miami Beach home because someone was lurking in the neighborhood. No one was arrested.