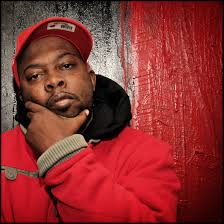 Bio: Malik Isaac Taylor (November 20, 1970 – March 22, 2016), better known by his stage name Phife Dawg (or simply Phife), was an American rapper of Trinidadian descent, and a member of the group A Tribe Called Quest with high school classmates Q-Tip and Ali Shaheed Muhammad (and for a short time Jarobi White). He was also known as the “Five Foot Assassin” and “The Five Footer,” because he stood at 5 feet 3 inches.

Phife Dawg’s contributions to the group increased on their second album, 1991’s The Low End Theory, which saw Phife—often referring to himself as “the Five Foot Assassin”—rapping about social and political issues; the record has since been acclaimed by critics and fellow musicians. The group released three further albums throughout the decade—Midnight Marauders in 1993, Beats, Rhymes and Life in 1996, and The Love Movement in 1998—before disbanding as a result of conflict both with their record label and between members. The band’s troubles, especially the tense relationship between Phife and Q-Tip, was featured in the 2011 documentaryBeats, Rhymes & Life: The Travels of a Tribe Called Quest, directed by Michael Rapaport.

In addition to being a member of pioneering hip-hop group A Tribe Called Quest, Phife had performed in songs with other artists. He was featured on the Fu-Schnickenssong “La Schmoove”, Diamond D’s “Painz & Strife” along with Pete Rock, Chi-Ali’s “Let the Horns Blow” with Dres, Al’ Tariq and Trugoy. In 2000, he released his debut solo album, Ventilation: Da LP. As of 2013, it was reported that Phife was working on a solo album titled MUTTYmorPHosis;  a tentative single titled “Nutshell” was released online in late 2015.