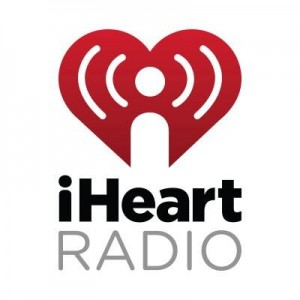 In a night that belonged to Taylor Swift, she hit her highest note at Sunday’s iHeartRadio Awards alongside new BFF Madonna. Swift made a surprise appearance to provide guitar accompaniment for Madonna’s performance of “Ghosttown,” the new single from Rebel Heart and the awards show’s best performance.

The alluring, post-apocalyptic song could well shape up to be a hit for Madonna, and she and Swift shared the stage with the ease of kindred spirits. Later in the night, Madonna presented Swift with the song of the year award for “Shake It Off,” and Swift thanked “Madonna for being Madonna.”

Jeremih told Billboard on site at the Shrine Auditorium in Los Angeles that he’s been busy working on his new album, which will be out soon. “I’m about to go on tour with J. Cole, Big Sean with YG, and I wouldn’t do that without putting out a body of work. It’s been almost five years since I released my last album. I’ve been working with so many other people I really haven’t focused on myself, but luckily I was still able to maintain what it do.”

Justin Timberlake was honored with the innovator award and took the opportunity to quote both Steve Jobs and Theodore Roosevelt in his acceptance speech. He also had some inspiring words for young fans, telling them when he was in school he was called weird or different, “never an innovator.” He thanked his mom for teaching him being different was a good thing.

The iHeartRadio Awards are in their second year, and although the show exhibited a few production growing pains and some awkward moments — including a few of host Jamie Foxx’s jokes, comedian Billy Eichner asking the crowd to clap for accused murderer Robert Durst, and odd selection of Mike Tyson to introduce Madonna — overall the performances this year were solid.

Iggy Azalea and Jennifer Hudson kicked off the party with a spirited performance of their duet “Trouble,” which segued seamlessly into a shackled Nick Jonas — fresh from his stint hosting the Kids’ Choice Awards the previous night — displaying some impressive pipes and stage presence performing his single “Chains.” Kelly Clarkson dazzled with her always-powerful pipes on “Heartbeat Song,” and Rihanna stepped out of a helicopter to deliver a feisty first-ever live performance of new single “Bitch Better Have My Money,” decked in a lime green coat, boots and glasses.

Jason Derulo showed off his falsetto chops on “Want You to Want Me,” and Nate Ruess soared vocally as he whirled around the stage performing his single “Nothing Without Love” — another of the show’s high notes.

Foxx delivered the first live performance of his new single “You Changed Me,” which got off to a smooth start with the crooner seated at the piano before Chris Brown joined him on stage and ratcheted things up. Jason Aldean brought the pyrotechnics on stage for his performance of “Burnin’ It Down,” and Snoop Doggbrought the show to a close with a smooth, suitably surreal performance of new tune “Peaches N Cream” with help from rapper Charlie Wilson, some Wonka-esque stage props and lots of confetti.

Perched in an alcove at the side of the stage, the night’s house DJ Alesso was in a vastly different scene than earlier this week where he performed at dance music festival Ultra in Miami. “The whole week is just madness and you get to present a lot of new music, which is great,” he told Billboard. He described his new single “Cool,” featuring Roy English, as “a very summer, very melodic track,” which he’ll be taking to a bunch of festivals including Coachella, Tommorowland and Lollapalooza.