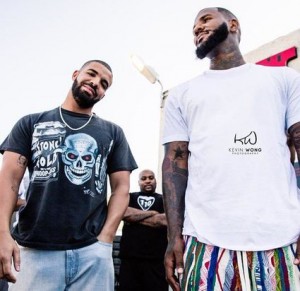 Bio: Jayceon Terrell Taylor (born November 29, 1979), better known by his stage name The Game or simply Game, is an American rapper and actor. Game is best known as a rapper in the West Coast hip hop scene, and for being one of Dr. Dre’s most notable protégés. Born in Los Angeles, California, he released his first mixtape You Know What It Is Vol. 1 in 2002, and landed a record deal with the independent label Get Low Recordz owned by JT the Bigga Figga. Game’s mixtape reached the hands of Sean Combs, founder of Bad Boy Records, who originally was on the verge of signing him to his label. Five months later, he was discovered by Dr. Dre who listened to the mixtape and signed him to his Aftermath Entertainment label in 2003. He rose to fame in 2005 with the success of his debut album The Documentary (2005) andDoctor’s Advocate (2006). The Recording Industry Association of America certified his album The Documentary double platinum in March 2005 and it has sold over five million copies worldwide.

A rising artist in the 2000s, Game is considered to be a driving force in bringing back the West Coast hip hop scene into the mainstream and competing with many of his East Coast counterparts. Game was placed into G-Unit by Dr. Dre and Jimmy Iovine. Due to his disputes with 50 Cent, Game left Aftermath Entertainment and signed with Geffen Records, another label under Universal Music Group’s Interscope-Geffen-A&M division, to terminate his contractual obligations with G-Unit in the summer of 2006. Game’s second album Doctor’s Advocate was released on November 14, 2006 and it became his second straight album to debut at number one on the US Billboard 200 chart. Doctor’s Advocate did not feature any production from Dr. Dre. Pitchfork Media placed The Documentary at number 35 on their list of Top 50 Albums of 2005. Game was nominated with a total of two nominations, including Grammy Award for Best Rap Song and Grammy Award for Best Rap Performance by a Duo or Group for the smash single “Hate It or Love It”. The New York Times named Doctor’s Advocate best hip-hop album of 2006.

His next album LAX was released in 2008. With his fourth studio album The R.E.D. Album, Game again debuted at number one on the Billboard 200. In addition to music, Game has starred in motion pictures and founded The Black Wall Street Records. In September 2011, Game started working on his fifth studio album, Jesus Piece, which was released on December 11, 2012, his final album released by Interscope. After releasing a mixtape OKE, on October 12, 2013, Birdman announced The Game had signed to Cash Money Records, which is distributed by Republic Records. However, The Game later said that the deal had not been finalized yet.