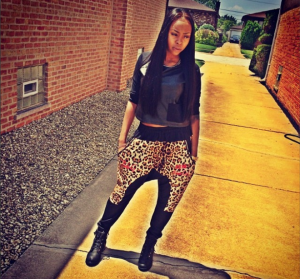 Bio: Trinity Home (born March 15, 1995), better known by her stage name Tink, is an American singer–songwriter and rapper. She has released five mixtapes and signed with Epic Records in 2014. She will make her acting debut on the Fox drama television series Empire.