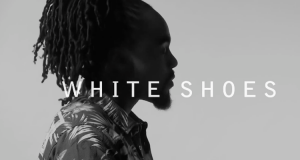 Wale’s alignment with the Top 40 rap crowd never felt like a healthy fit. Since his 2011 alliance with Rick Ross’ Maybach Music, the D.C. rapper has found success but has never seemed comfortable with it. And the critical failure of his last album, 2013’s The Gifted, must have shaken him to his core, because at first blush, his latest effort, The Album About Nothing, screams “return-to-form.” Its title nods to his 2008 “Seinfeld”-referencing breakout The Mixtape About Nothing, a freebie hosted by Fool’s Gold impresario Nick Catchdubs. This was around the time when the first wave of “weirdo” nerd guys like himself, Charles Hamilton, a pre-pop B.o.B and Kid Cudi were springing forward—emotional, obsessed with melody, ambitious, accessible. Wale promptly eschewed that sensibility for guest verses on songs like Waka Flocka Flame’s strip club paean “No Hands” and Ross’ my-cum-tastes-good commercial “Diced Pineapples”. Through it all, he struggled to exude palpable confidence. So what does it mean that after all of this push-and-pull, his fourth studio album finds him gazing back towards his origins?

The Album About Nothing begins by holding a mirror to Wale’s past, which reflects some of the trappings of his more-famous present. The intro is informed by go-go, D.C.’s signature reworking of funk, and a sound he used frequently early in his career. And once again, the voice of Jerry Seinfeld acts as commentary, stitching the tracks together thematically.  But Wale doesn’t have to rely on audio clips from “Seinfeld” anymore: He has Jerry, himself (the two are friends, and Jerry even name-dropped him as one of his “top five” in Top Five) providing the sound bites. On “The Helium Balloon”, one of the more interesting songs on the album, he laments his reception as an artist, adding “Still know what my core needs/ So fuck who ignores me.” What follows isn’t so much the diligent fan service all this promises, though, so much as a muddied collage of attempts at current trends and a lot of sour disaffection. In other words: a Wale album.

Wale clearly remains frustrated with his inability to ascend to the top tier, and on Nothing he presents himself as a rap-industry antagonist. He burrows into the background of “The Middle Finger”, revealing his discomfort around other rappers and making a hook out of “F*ck you, leave me alone.” On “The Glass Egg”, he opts for cleverness over anger, upendingGroove Theory’s “Tell Me” and flipping its lyrics (“I’ve been doing my own thing”; “Tell me if you are for real”) from their original incredulous-about-a-crush context into the cry of an outsider. It works so well that it’s almost surprising no one has done it before.

Nothing is a long album, with one cut coming in over the six-minute mark, and when it is sludgy, it is exhausting. The most unfortunate moment is “The One Time in Houston”, an amateurish attempt at the city’s signature syrupy screw sound. “The Girls on Drugs” cleverly samples Janet Jackson’s house party celebration “Go Deep”, but isn’t packed with enough of Wale’s dour thoughts to sound like he’s doing anything more than cribbing Drake’s If You’re Reading This, It’s Too Late flow. For someone who spends so much time decrying other rappers’ lifestyles, it’s a wonder why he is pantomiming at all.

Interpolation is one of the constants of Nothing. “Balloon” concludes with a pseudo-dancehall coda loosely riffing on Ini Komoze’s crossover “Here Comes the Hotstepper”. “The Success” borrows from the Eurythmics’ “Sweet Dreams (Are Made of This)”. “The Body” fully rips “You Remind Me of Something” by R. Kelly, who might not be the best guy to pay homage to in 2015, but when you have Jeremih, an heir to the Chicago R&B throne, on the hook, it’s a little easier to take. “The Body” is the last of five romantic songs on the album, most of which fail to captivate: Only on his Usher collaboration “The Matrimony”, and on the tender “The Bloom (AG3)”, where he reminds us how good he sounds rapping over a live band, does he sound alive.

Wale remains intent on dismantling the public’s sour perception of him, but he doesn’t seem to know how. He wants us to know he’s “Lil Wayne meets Wayne Perry/ Bad Brains from the go-go” (“The God Smile”) but he’s loaded his album with the opposite: There are no lyrical acrobatics à la Weezy in his prime, and his reference to Wayne Perry is a head-scratcher because Wale has never purported to be a gangster. He waxes political on the J. Cole-featuring “The Pessimist” about the negative perceptions of black America, through the lens of police brutality or “Love & Hip-Hop”, but is missing the punk fervor of the Bad Brains he namechecks. While there are clear themes throughout the record (love, black experience, a rapper’s malaise), The Album About Nothing is mostly about fear. Fear of becoming an outsider projecting a false hatred of the inside, fear of pushing musical boundaries to nurture one’s own creativity, fear of being vulnerable and, thusly, denying his listeners access to himself. If Wale could only shatter those walls and deliver an album where he no longer sounds like a caricature of himself—it’s no wonder he loves “Seinfeld”—he might finally get back the amnesty he has been so desperately grasping at for the past five years. All he has now is Nothing to lose.