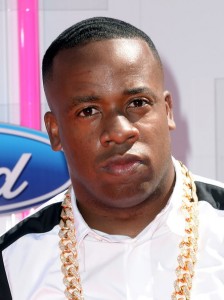 Yo Gotti is among the many hardcore rappers who came out of hip-hop’s Dirty South school in the late ’90s. He is also one of the hip-hoppers who derive part of their stage names from the late New York mafioso John Gotti; others have included Big Gotti, Don Gotti, Juan Gotti, Bazooka Joe Gotti, and Irv Gotti. Not all Dirty South recordings are gangsta rap, but Yo Gotti has favored the thugged-out gangsta side of the Dirty South, and he gets his inspiration from both Southern and non-Southern rappers. Master P and his New Orleans-based No Limit posse are an influence; so are N.W.A., Dr. Dre, and the late Tupac Shakur. Gotti’s more sexually explicit lyrics also owe something to Oakland native Too Short, who was never a gangsta rapper but did a lot to popularize X-rated rap lyrics.

Yo Gotti, however, isn’t from the West Coast any more than he is from New Orleans; his stomping ground is Memphis, the city that gave us the Three 6 Mafia, Gangsta Blac, Eightball & MJG, Kingpin Skinny Pimp, and quite a few other Dirty South artists. When Gotti boasts that he is “straight from the North,” he doesn’t mean the northern part of the United States; he means the northern part of Memphis, where he lived in the infamous, crime-ridden Ridge Crest housing projects. And Memphis’ more dangerous neighborhoods have inspired many of Gotti’s lyrics, which often describe the dangers of life in the ‘hood. Gotti, however, doesn’t always rap about crime and inner-city thug life; he also raps about sex quite a bit.

After performing around Memphis in the ’90s, Gotti started building a catalog in the early 2000s. His first album, From da Dope Game 2 da Rap Game, came out on the Inevitable label in 2000; His subsequent Inevitable releases included 2001’s Self Explanatory and 2002’s Block Burnin’, Vol. 1. After that, Gotti signed with TVT and recorded Life, which came out in 2003. TVT released “Dirty South Soldiers” (a duet with Atlanta crunk star Lil’ Jon) as Life’s first single. After having his track “Full Time” featured in the film Hustle & Flow, he released Back 2 da Basics in 2006. A series of Cocaine Muzik mixtapes carried the rapper to 2012 when his first major-label release, Live from the Kitchen, landed on RCA.