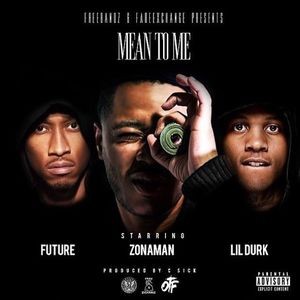 Future’s Freebandz brigade is one man stronger these days, with the recent addition of Windy City rapper Zona Man. The FBG CEO and Zona have now blessed the union with hard-grinding, heavily narcotized collaboration called “Mean To Me,” which also features a fierce showing from Lil Durk and a bottom-heavy beat by C-Sick.

The song was recorded in Zona Man’s East Chicago living room while Future was in town with the Jungle Tour. “The record just happened,” Zona told The FADER. “Future came up with this crazy vibe for the song and just started recording in the middle of the living room with us. We thought it would be dope to put the youngest in charge Lil Durk with the wave he has at right now on the record as well.” And the rest, as they say, was history.