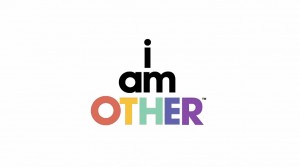 Pharrell Williams needs no introduction; the man has fashioned some of most prolific music of the past two decades. 2014 marked the break of his most impactful song to date, “Happy”.  Rolling Stone reported, “his global hit “Happy,”…is partnering with the United Nations Foundation to celebrate International Day of Happiness… Established in 2012 by the United Nations General Assembly, the day acknowledges that “the pursuit of happiness is a fundamental human goal” and recognizes “the need for a more inclusive, equitable and balanced approach to economic growth that promotes sustainable development, poverty eradication, happiness and the well-being of all peoples”. This “Happy” high would seem unmatched but Pharrell is glowing, as he walked around Princess Anne High School.  An epic moment was about to occur in the gymnasium.

Virginia Beach, Mayor Will Sessoms gave Pharrell the key to the city and deemed June 7th Pharrell William’s Day in the state of Virginia. Pharrell told the auditorium and Parade, “Often times you hear celebrities say… ‘My teachers never thought I was never gonna be anything or they told me I couldn’t do it…so, look at me now.’ But that wasn’t my experience.  My teachers here at P.A. kept telling me I could,” he said. “I want you to have the same encouragement that I did.  The one thing I would encourage you to do is never say ‘wanna’ just say ‘gonna.’ Because it works.  Put it out there, figure out what the blueprint is…and you can do it.”  Throughout all his public appearances he remains motivating.

Virginia Beach was exhilarated because Pharell was headlining Z104’s Shaggfest following. The line-up included, Mack Wilds, August Alsina and Sean Paul to name a few. The preceding acts were enjoyable but the hometown hero is who got  the Virginia Beach Amphitheater partying.  As the main attraction, Pharell shocked the crowd. 757 natives and band members, N.E.R.D. joined him on stage. Everyone went nuts! Never neglecting an opportunity to display humility, Pharell closed out the show with a devoted fan on stage.  All in all, an inspiring talent and day.

Keep Up With Pharell: