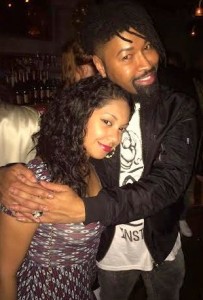 It’s a mash-up in the Meatpacking District and grungy indie bands are rubbing elbows with the socialites. In a Boy London baseball jacket and T-shirt that reads, “You Look Different on Instagram”, in waltzes the notorious fashionably late Ty Hunter. The universe and his pleasant persona collaborated fitting one of the most incredible styling stories of our time.

One random day off from his work as a boutique window dresser in Houston, Texas, changed Ty Hunter’s life. He seized an opportunity of a lifetime with a call to a frequent shopper, Miss Tina Knowles, offering to help with the group Destiny’s Child. The two instantly made a chemistry filled connection and began working together on the creation of beautiful costumes for the group.

A week later he found himself on the red carpet for the Grammy’s. Proving that you cannot have million dollar dreams with a minimum wage work ethic; Ty Hunter took no days off. Nearly two decades later, he styles the world-renowned entertainer, Beyoncé.

His passion for fashion began when he attended his first concert. He told Billboard: Behind The Seams, “…my dad and my mom took me to see Diana Ross and I was in awe. Like the costume changes, the hair… you know! There was just so much that went into it”. Today millions of fans stand in astonishment of his hand-selected jaw-dropping garments.

Beyoncé went from his trend setting “Survivor” camouflage to creating esteemed designer bidding wars.  Her unmatched frame is his accomplished art canvas. What a miraculous journey, from Bui Yah Kah clothing to becoming the head stylist of world tours.  The even greater marvel is how he remains down-to-Earth, smiling and sipping mini champagne bottles with the rest of us.  Ty Hunter is now one of the most globally prized stylists. His destiny has flourished forward from Destiny’s Child and admirers cannot help but wonder, “What’s next now”?