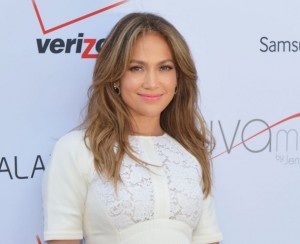 Marc Anthony may not be willing to share stories of his relationship to Jennifer Lopez, but he couldn’t be more supportive of his ex-wife’s book. The best-selling memoir True Love details, in part, the disintegration of their seven year marriage.

When asked for the details on their separation on The Meredith Vieira Show, Anthony declined to answer. However, he told host Meredith Vieira that he had no qualms with thebook.

“I was really, really proud of her,” he said. “Only, because I know what it took for her to open up like that.”

Anthony also discussed his new wife, Venezuelan model Shannon de Lima. When asked how the crooner landed the woman of his dreams, he quipped: “Marketing!”

All jokes aside, the “Vivir Mi Vida” singer told Vieira about an important lesson he learned from his father. “My dad told me early on, ‘Son, we’re both ugly.’ I swear to God, he says it to this day,” he dished. “He said, you work on your personality. It builds character.”