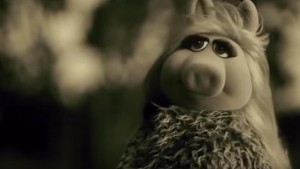 Bio: Miss Piggy is a Muppet character known for her breakout role in Jim Henson’s The Muppet Show. Since her debut in 1976, Miss Piggy is notable for her volatile diva personality, tendency to use French phrases in her speech and practice of karate. She was also known for her tenacious romantic relationship with Kermit the Frog, which lasted from 1978 to 2015. Frank Oz performed the character from 1976 to 2000 and was succeeded by Eric Jacobson in 2001. In 1996, TV Guide ranked her number 23 on its 50 Greatest TV Stars of All Time list.