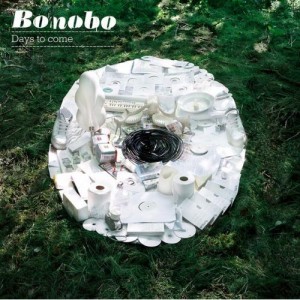 Days to Come is the third album of original studio material from British musician Bonobo. It was released on 2 October 2006 on the Ninja Tune independent record label. It has been released in two versions – a standard 1 disc edition (ZENCD119) and a limited edition (ZENCD119X) with a second disc containing instrumental versions of the album’s vocal tracks. The album was voted Album of the Year in the 2006 Worldwide Awards on Gilles Peterson’s BBC Radio 1 show. The track “Ketto” was used in the commercial for the launch of the Citroen C4 Picasso in 2007. “Hatoa” uses samples from the Pentangle song “Light Flight”.