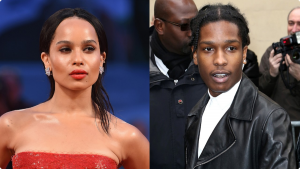 Put June 19 on your calendar. That’s when “Dope,” the Sundance Film Festival’s primo breakout comedy, will hit theaters. The first trailer was released Thursday, and it is as retro and engaging as the rollicking film itself. Incorporating psychedelic animation, social media, video games and footage from the film, the clip introduces Malcolm (Shameik Moore, destined to be one of our next great stars), the flat-topped, ’90s hip-hop obsessive who unwittingly finds himself caught up in a drug dealer’s ring after attending a rowdy birthday party with his two nerdy high school pals (Kiersey Clemons and “Grand Budapest Hotel” star Tony Revolori). The events that ensue comprise what we promise will be one of the funniest and most unexpectedly poignant movies of the year.