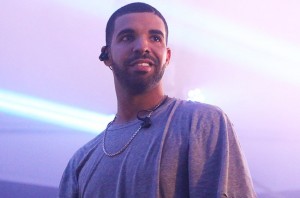 The records keep coming for Drake, who matches the Beatles’ feat first set 51 years ago.

Thanks to his surprise album If You’re Reading This It’s Too Late, which debuted at No. 1 on the Billboard 200 (dated Feb. 28) with 535,000 equivalent album units, according to Nielsen Music, Drake has tied a record that stood unmatched for 51 years: He charts 14 songs simultaneously on the Billboard Hot 100 (dated March 7). The sum equals the 14 titles that the Beatles placed on the Hot 100 dated April 11, 1964.

The history-tying achievement is the latest chart honor for Drake via the new set. In addition to the release’s No. 1 bow (it dips to No. 2 on the March 7-dated Billboard 200, down by 65 percent to 187,000), he became the first rapper to top the Billboard Artist 100 chart (which he rules for a second week). Drake also boasts a new-record 21 titles on Hot R&B/Hip-Hop Songs, including all 17 tracks from Late.

Drake Tops Billboard Artist 100, Imagine Dragons Fire Up to No. 2

Drake ties the Beatles’ mark established on the Hot 100 at the zenith of Beatlemania. He’d previously come closest to matching the mark: He placed 12 titles concurrently on the Oct. 12, 2013, chart. That week, his last studio album,Nothing Was the Same, entered the Billboard 200 at No. 1 with 658,000 copies sold. (The new set is widely considered a mixtape, not a traditional studio effort.)

With Drake (now up to 85 career Hot 100 entries, the fifth-best sum all-time) and the Beatles now side-by-side in Hot 100 history, here’s a look at each act’s 14 songs that have placed them above all others. In one notable difference, Drake is the lead act on 10 titles and featured on four others; the Beatles were leads (in an era largely devoid of featured billings) on all 14 of their simultaneous chart hits. (The Beatles additionally held half the top 10 on April 11; Drake’s highest-charted hit this week ranks at No. 16.)

(The Beatles’ Paul McCartney, of course, is currently continuing to add to his legacy: His “FourFiveSeconds,” with Rihanna and Kanye West, ranks at No. 6 on the Hot 100 after rising to No. 4 last week.)