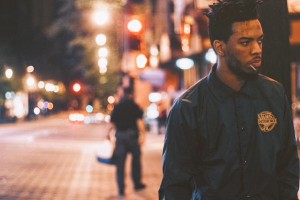 Today, Elhae is on the brink of becoming a young breakthrough artist that has so much to offer music, and the music business itself. But what’s most important to Elhae is his philosophy on life by offering an undeniable truth in that “Every Life Has An Ending” (ELHAE). To Elhae, this means that we only live once! So while we’re here, it’s best that we all live life to our fullest potential by being ourselves, working hard and following our hearts! –Via Elhae’s Facebook