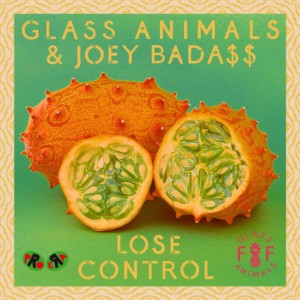 Glass Animals are an elusive band. Little information is around to be found about the group, other than a collection of select releases and an intriguing video for latest single ‘Cocoa Hooves’.

Apart from that, there’s no mention of a hometown on their Facebook page, hardly any photographs to be found and no back story. They keep themselves to themselves, only emerging from the undergrowth to unveil their specially honed brand of eclectic synth-pop. There’s a tad of dubstep to be found (only a tad, mind), and the rest is pretty darn soulful, with sultry vocals oozing from the cracks in their electronic whirrings.

Speaking to the band, we finally get a few more details on their enigmatic existence – they’re probably from Oxford. They also like Radiohead, Burial, and slugs. So without further ado, we’d like to introduce you to Glass Animals.

How would you describe your sound to someone who’s never heard you before?

Like the sound of unicorns whispering, but with no cowbell. Probably not actually… We take inspiration from lots of different places. Dance music to R&B and also more traditional bands, which means we’ve ended up with a weird, psychedelic cocktail of electronic and organic sound. It’s probably easier to just have a listen really.

Could you give us a brief history of Glass Animals?

Well… there are four of us. Ed’s the tallest. We grew up together from the age of about thirteen as we went to the same school, and we would hang out because we were all really into music. Then, one much more recent winter, I showed Drew (guitarist/synth man/backing vocalist) some tracks and we worked on them in my garden shed, and put them on MySpace and told the other guys they had to be in our band.

Can you tell us what your first ever gig was like?

It was great! A shambles, but a fun shambles. We played the venue across the street from our house in Oxford called Jericho Tavern, where Radiohead played their first ever gig.

Better. I hope. I think a lot of people hear the music and think we’re probably one or two guys triggering things on laptops. But there’s none of that. There are four of us, and lots of guitars, synths, drum kits and trippy dancing. There is quite a lot of bass too. If you like having your internal organs shaken then we’re probably ideal. We wanted to make the live show different to just listening to the recordings, so we mix things up a little bit.

-Via The Line Of Best Fit