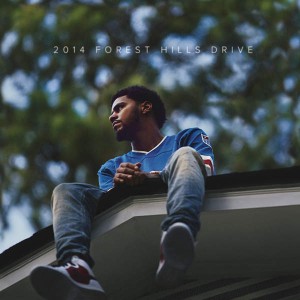 J. Cole is undoubtedly one of the premier Hip-Hop stars of the 2010s. Even before the new decade came in, Cole’s The Warm Up topped year-end lists, and the Fayetteville, North Carolina MC/producer was quickly thrown into a class alongside Drake, Nicki Minaj, and Wale.

It’s taken five years, but today brings confirmation that Jermaine Cole can now add platinum album to his resumé. The RIAA announced the good news today (April 1). Perhaps curiously, the nod came from last year’s 2014 Forest Hills Drive, an album that released with dwarfed promotion, publicity, or marketing—and no features, as compared to his previous two Roc Nation efforts (2011’s Cole World: A Sideline Story and 2013’s Born Sinner, both of which are gold-certified). However, what F.H.D. did not lack was acclaim. More than an hour long, the competitive and nostalgic effort won over fans, new and old, and was a strong contender in the year that was.

Is J. Cole proving he’s in a different class?