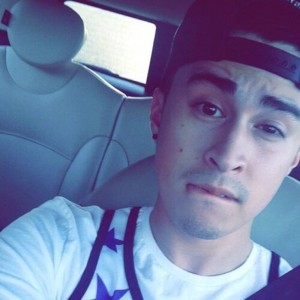 Jream Andrew Sablan also known as J Drew but now is going as Jream Andrew is Jasmine Villegas’ older brother. He was born January 3rd 1991 in San Jose, California. He’s also an aspiring rapper , that has released 5 successful mix tapes and is currently working on his album “Colour Me Badd” (to be released Spring 2015.) He also has an EP called “Pa$$ion” which was released in the fall of 2013.