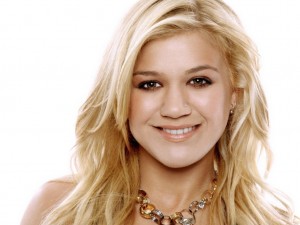 Kelly Clarkson earns her third No. 1 album on the Billboard 200 chart, as her newPiece By Piece debuts atop the tally.

Clarkson’s album, which was released through 19/RCA Records on March 3, bows with 97,000 units earned in the week ending March 8, according to Nielsen Music. Traditional album sales comprise 85.2 percent of that total (equating to nearly 83,000 copies sold — which also makes it No. 1 on the Top Album Sales chart).

Clarkson, who was the first winner of the Fox TV reality competition show American Idol, ties fellow Idol champ Carrie Underwood for the most No. 1 albums among Idol contestants. Underwood notched No. 1s with Carnival Ride(2007), Play On (2009) and Blown Away (2012).

The Fifty Shades of Grey soundtrack rises one rung on the new Billboard 200 to No. 2, as it moves another 96,000 units (down 11 percent). The album has sold 451,000 copies in its four weeks of release, and will likely cross the half-million mark within the next two weeks.

Brandi Carlile’s The Firewatcher’s Daughter is the second and final debut in the top 10, as the set starts at No. 9 with 43,000 units. The album is the singer/songwriter’s first for ATO Records, and marks her second top 10 effort following 2012’s Bear Creek (which debuted and peaked at No. 10).