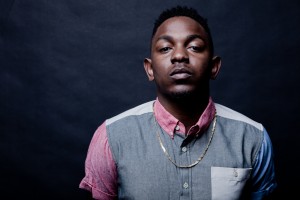 In 2012, Kendrick Lamar’s Grammy-nominated, radio-dominating major label debut, good kid, m.A.A.d city, was immediately measured by the same yardstick as earth-shattering albums like Nas’ Illmatic and Kanye West’s The College Dropout. And like those MCs before him, anticipation for Lamar’s follow-up was — and remains — sky high.

However, besides a Grammy-winning standalone single, a bevy of feature performances, a missed September 2014 release date and new single, “The Blacker the Berry,” there hasn’t been a whole lot of concrete information out there regarding Lamar’s March 23rd-bound return. Gathering the loose pieces from radio interviews, magazine features and our recent cover story, this is everything we can say about the record.

It is No Longer Untitled 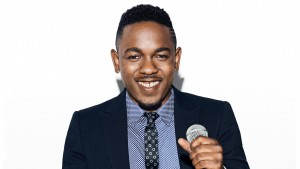 In a new interview with Rolling Stone, Lamar tells contributing editor Josh Eels that his third album will not be untitled or named Untitled. Instead, it’s called To Pimp a Butterfly, a play on Harper Lee’s To Kill a Mockingbird. “Just putting the word ‘pimp’ next to ‘butterfly’… It’s a trip,” Lamar says. “That’s something that will be a phrase forever. It’ll be taught in college courses — I truly believe that.”Lamar would later take to Instagram to reveal To Pimp a Butterfly‘s artwork and share the quote that spawned the album title: “Don’t all dogs go to heaven? Don’t Gangsta’s boogie? Do owl shit stank? Lions, Tigers & Bears. But TO PIMP A BUTTERFLY. Its the American dream n*gga….”

In our cover story, Lamar revealed that free jazz, 1970s funk, Miles Davis and Parliament were the main inspirations behind To Pimp a Butterfly‘s beats. “Every producer I’ve ever met was sending me stuff — but there was a one-in-a-million chance you could send us a beat that actually fit what we were doing,” Digi+Phonics producer Mark “Sounwave” Spears told Rolling Stone.

In November, he told Hot 97, “Everything’s really in-house. Of course Dre, but I really stick with four producers that I’ve been working with since day one.” It’s safe to assume Lamar meant the Digi+Phonics crew — Sounwave, Tae Beast, Dave Free and Willie B.

In late 2013, a year after the release of good kid, m.A.A.d city, the first evidence that Lamar was working on new music at all came via a Beats by Dre commercial, with the rapper and Dr. Dre collaborating on a track later dubbed “It’s Alive.” However, a full version of the song was never released. In a September 2014 interview with Rolling Stone, Lamar confirmed that he linked up Dre for some beats. “[Dre]’s just gone into the lab and made beats,” he said. “He’s trying to find that next thing — just really elevating himself and the team to grow as a creator.” But what parts of Dre’s input made the final cut is still unknown.

Lamar also admitted that he hit the studio with Pharrell Williams, but it’s unclear whether those sessions were for the rapper’s new album or if they ultimately resulted in Lamar’s “It’s On Again” collaboration with Alicia Keys that wound up on the Pharrell-produced The Amazing Spider-Man 2soundtrack.

There Will Be Guests…But Possibly Not Any Guest Rappers

In a Rolling Stone interview in September, Kendrick revealed that he had not yet approached any other MCs to provide features on his next LP. His last album, by contrast, featured cameos by Drake, Jay Rock, Dr. Dre and MC Eiht. “I have so much to say. It’s almost selfish of me,” Lamar said.

However, that doesn’t mean that there won’t be guests. “The Blacker the Berry” sports a cameo by dancehall star Assassin, who previously assisted on Kanye West’s “I’m In It.” And, in a Billboard interview, producer Terrace Martin added jazz pianist Robert Glasper, singer Lalah Hathaway and Anna Wise (who previously appeared on good kid‘s “Real”) to the list of Lamar’s new album collaborators. 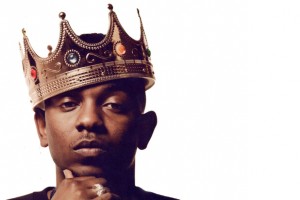 It Will Be Politically Charged

Like D’Angelo’s Black Messiah, To Pimp a Butterfly is informed by the recent tragic killings of Trayvon Martin, Michael Brown and Eric Garner. “To me, the album is perfect for right now. If the world was happy, maybe we’d give you a happy album. But right now, we are not happy,” Digi+Phonics producer Mark “Sounwave” Spears tells Rolling Stone .

As producer Terrace Martin tells Billboard of the recent single “The Blacker the Berry,” “What [Lamar] is talking about is a perfect time for what’s going on in life. It’s a soulful record, it’s a record that needed to be done, and it’s like the modern times of Public Enemy. It’s a black record. It’s a record about being black and being proud at the end of the day.”

Martin is strictly instructed by the rapper not to indulge any specific details about the upcoming LP, but the producer does offer up, “I know [Lamar’s album] is going to touch somebody. I wanna say, ‘It’s gon’ be big and the world gon’ change over night and Obama gon’ chill with us and the police gon’ stop killing brothers and blacks can walk around safe,’ but I can’t say that.”

“You are the last Colbert Report musical guest. Honored to have you on, but keep in mind: Paul McCartney, R.E.M., Jack White and Nas were your opening acts,” Stephen Colbert told Lamar on December 16th. To mark the occasion, Lamar unleashed a jazzy, experimental “untitled” track that featured a Terrace Martin saxophone solo and some of Lamar’s most contentious lyricism to date. Producer Astronote later took credit for the track, which also boasts contributions from Bilal and Thundercat.

Weeks after Lamar released the standalone, non-album single “i,” Lamar’s Top Dawg associate Ab-Soul leaked a 53-second snippet of a gritty new Lamar song called “I’m Da Man” on his SoundCloud. Ab-Soul doesn’t elaborate on the track’s provenance and Lamar hasn’t commented on the track.
Definite Inclusion: “The Blacker the Berry”
On February 10th, without warning, Lamar dropped his newest and most confrontational song to date, “The Blacker the Berry.” The track, named after Wallace Thurman’s book of the same title, finds Lamar tackling institutional violence, hypocrisy and the termination of his culture.”I’m the biggest hypocrite of 2015/Once I finish this, witnesses will convey just what I mean,” Lamar raps at the onset of every verse. “The plot is bigger than me/It’s generational hatred/It’s genocism, it’s grimy, little justification/I’m African-American, I’m African/Black as the heart of a fuckin’ Aryan/I’m black as the name Tyrone and Darius.” 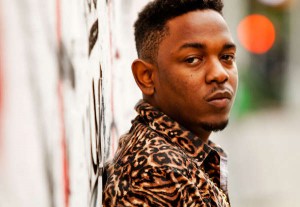 While the album was still unfinished at the time of our cover-story interview — Lamar had to finish it within the next five days — the rapper did share some new tracks. One of them, “King Kunta” is a funky stomper where Lamar assumes the role of the titular slave in Roots. Scott Vener, the music supervisor for Entourage heard it back in October and Tweeted: “After @Pharrell heard it. The first thing he said ‘that song is so unapologetically black and AMAZING…those chord changes though. I can’t wait for @QTipTheAbstract to hear this.”