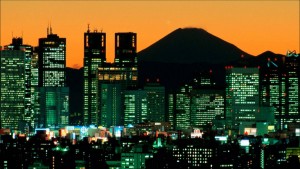 Koreless is the moniker of electronic music producer Lewis Roberts from Bangor, Wales. After relocating to Glasgow to study Naval Architecture at University, Roberts became involved in the Glasgow electronic music scene, working alongside the All Caps, Lucky Me, and Numberscollectives. Even before he was signed, Roberts’ early productions were being played by the likes of James Blake, Benji B, and Gilles Peterson, both at nightclubs and on British national radio.

His first official release was the EP 4D/MTI, released on Pictures Music in 2011 and quickly followed by notable collaborations with vocalist Sampha and producer Jacques Green. He also remixed music by Foals (“Late Night”) andHow to Dress Well (“Cold Nites”). In 2012, Roberts released the track “Lost in Tokyo,” featuring a remix by Jacques Greenon the B-side. His next EP, Yugen, was released in 2013, seeing a slight stylistic change moving toward sci-fi-sounding, synth-driven, yet beatless music.