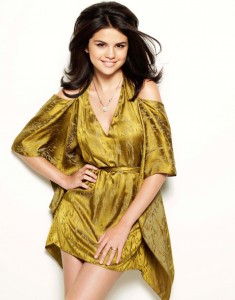 Time to hit the dance floor with Selena Gomez and Zedd!

After weeks of teasing us, the adorable pair finally released the music video for their hit single “I Want You to Know.” The video takes place in a club, where Gomez is seen dancing the night away all by herself — until she spots Zedd, of course. But is he really there? You’ll have to see!

“I feel like [Zedd has] influenced me in a really good way,” the 22-year-old Mexicana told MTV News. “I think in general he’s someone I can go to if I’ve recorded things — he’s kind of the first person I want to ask, which is interesting.”

Watch the highly-anticipated video for “I Want You to Know” above!