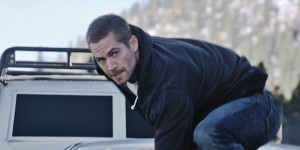 In Memory of Paul Walker

Bio: Paul William Walker IV (September 12, 1973 – November 30, 2013) was an American actor. He began his career guest-starring in several television shows such as The Young and the Restless and Touched by an Angel. Walker gained prominence with breakout roles in coming-of-age and teen films such as She’s All That and Varsity Blues. In 2001, Walker gained international fame for playing Brian O’Conner, one of the lead protagonists in the street racingaction film The Fast and the Furious, and would reprise the role in its sequels. He was also in films such as Eight Below, Into the Blue, Joy Ride and Takers.

Outside of acting, Walker was the face of The Coty Prestige fragrance brand Cool Water for Men and starred in the National Geographic Channel series, Expedition Great White. He also founded the charity Reach Out Worldwide (ROWW), an organization providing relief efforts for areas affected by natural disasters.

Walker died in a single-car accident on November 30, 2013 alongside friend Roger Rodas. Three of his films were released posthumously, Hours, Brick Mansions, and Furious 7, which was released on April 3, 2015 in the United States.