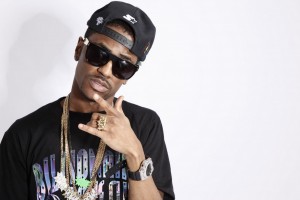 There is more to rapper Big Sean than meets the eye.  The Detroit nurtured MC has a unique flair, he is a gifted musician. Since early childhood he has been dedicated to his musical craft and plays several instruments. In high school he and a friend formed a rap group “S.O.S.” which became a sensation on the local radio station. He boldly popped up at the radio station upon hearing musical genius Kanye was on an interview and the rest is G.O.O.D. Music history. Big Sean releasing smash hits such as “Dance” featuring megastar Nicki Minaj and acquiring well over 4 million downloads proves he is a force to be reckoned with. Following major satisfaction from 2011’s “Finally Famous” album produced by No ID & KW, his latest mixtape “Detroit” has blown critics away, with an astounding 1.5 million downloads to date. With new single “Guap” his first single to sophomore album “Hall of Fame”  due to drop spring this year, Big Sean’s drive is unquestionable.