Dave Chappelle’s tour disc jockey, DJ Trauma is on a high due to the demand of his forthcoming EP, #WhereInTheWorldIsDJTrauma.

Produced by Dutch hitmakers Project Money, his latest viral hit, “Extra Attention” features Bajan newcomer Oli. The uptempo track is distinctive echoing their rich sound and previous chart-topping success. With over 200 million Spotify streams and 150 million YouTube views, the Dutch pair looks to add “Extra Attention” to their series of multi-platinum chart-toppers, with DJ Trauma at the helm of the record. 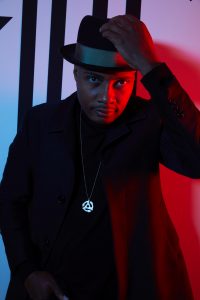 Trauma crafted the feminist blend in support of women — proving feel-good melodies can power through with an uplifting message. “I loved Oli’s vision for the song. He wanted to celebrate women, and I am all about that,” Trauma elaborated. Withal, his 6-track EP has something for everyone. The veteran DJ joined his production alongside the A&R design of those he has admired throughout his journey.

#WhereInTheWorldIsDJTrauma features a string of sonically diverse earworms and budding musical talent, to include writer Cimo and producer Needlz. The Knockturnal caught up with him on his promo run to discuss his EP under Priority Records. Check out why we are pressing play below.

The Knockturnal: Who came up with your EP’s name, #WhereInTheWorldIsDJTrauma?

DJ Trauma: The name for my EP came from a hashtag that I often use on Instagram. I travel so frequently, a few years ago, a girl I was dating hashtagged under my picture #whereintheworldisdjtrauma. It made me laugh, so I ran with it. Then all of a sudden people started walking up to me saying “Where in the world is DJ Trauma.”

So naturally, when I was putting together the music for the EP, I wanted to create music that was influenced by my worldly pursuits. I first went to Africa in 2008 and was amazed by all the great music coming out of there. I then revisited Africa six more times in just two years. It has served as inspiration. 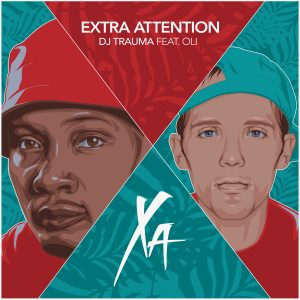 The Knockturnal: The song “Extra Attention” celebrates confident women, why was that important to you?

DJ Trauma: It was important to me because I love a woman who is confident. However, I also love being able to take care of my woman, too, especially when she doesn’t demand or expect it. Sometimes I feel, in this social media era, there are too many women are seeking attention and validation. For example, via likes and comments — I believe in self-love above all!

The Knockturnal: What do you consider to be your most significant accomplishment to date?

DJ Trauma: My most significant accomplishment to date I think would be DJing Serena’s wedding. That was definitely a career high. Anyone who knows me, knows I am a huge tennis [buff], and an even bigger Serena Williams fan! I was living the dream.

Still, it has been rewarding being able to spin alongside the comedic legend, Dave Chappelle. We have been across the globe. I have been on his team for four years now. I’ve met so many great people. So, laughing all the while makes it that much better!

The Knockturnal: You worked with Tupac and The Notorious B.I.G. — what did you learn from each of those iconic MCs?

DJ Trauma: I DJ’ed shows they were performing at, back in the day. I met both Tupac and Biggie on several occasions throughout their careers. For example, I was DJing the show in ATL that Pac was [charged with shooting two off-duty suburban police officers]. Pac used to be on Clark Atlanta’s campus often when I was in undergrad. There was always so much passion the MC had for whatever he was doing, and I admired that about him.

The Knockturnal: You’ve been in the industry for a couple of decades. How has joining Priority Records elevated your artistry?

DJ Trauma: Joining Priority Records meant the game got bigger, and I had to grind even harder!

The Knockturnal: Your supporters know you are a party go-to. You have DJed at Beyonce’s baby shower and Serena Williams’ wedding. What makes a DJ Trauma set one-of-one?

DJ Trauma: When I do a celebrity’s party, I really try to get into their heads and play what they want to rock out to. My set is [always] a vibe. I want people to lose themselves in the music, let go, and have a great time. I want them to escape their problems and remain stress-free for a few hours.

The Knockturnal: What does a typical day with Dave Chappelle consist of?

DJ Trauma: Days with Dave Chappelle vary depending on the vibe. Nonetheless, it’s always full of jokes and lots of deep conversations. If you’ve ever seen one of his specials, you know that he’ll get you thinking. You watch like “Wow, he’s so smart.” [Moreover, he is gifted enough to flip] whatever it is he’s talking about into a joke. [Dave is crafty and] makes you laugh your ass off. That’s what makes him a comedic genius.

The Knockturnal: What is next for DJ Trauma?

DJ Trauma: I am excited about my EP. I am doing videos for all six songs. I want people to get a visual of my life and the specific vibe of each song. I am also DJing on One Music Fest in Atlanta. Of course, more traveling is en route, and more shows are in my immediate future.

By Bianca Alysse Mercado for The Knockturnal.com