Haitian MC Flipp Dinero’s lyrical dexterity stretches far beyond his hometown of Brooklyn. Today, the Cinematic Music Group representer is taking his rhymes well outside of the five boroughs on the Memories Don’t Die tour, alongside Tory Lanez.

Already known for his gritty anthems, the Internet was abuzz when New York Giants wide receiver, Odell Beckham Jr. flaunted his dance moves to Dinero’s viral smash “Leave Me Alone.” In time, his growing fanbase, and celebs alike followed suit. And while the rapper is merely scratching the surface of his bass-rattling potential, Dinero’s vision is much grander than mainstream recognition.

“I hope my music can be a safe haven for them. I do not want just to be someone who makes cool music. I want to be known as a man of character,” affirmed the rising star. Billboard caught up with the hard-nosed artist to discuss his latest single, “Livin’ It,” the trials and triumphs of a national tour, and why he considers himself sonically undeniable. Here is why Flipp Dinero should be on your radar and playlist.

You first caught the eye of Joey Bada$$ before signing with Cinematic Music Group. How did the label and his direction gear you up for everything going on now?

I am not going to lie; Joey is an enormously influential artist. His co-sign is what shed light on me. It told people like, “Yo! This kid right here is official. He has something that he is bringing to the table.” I guess because of that co-sign, it was like a domino effect for the things coming my way now. It geared me up even more.

Do you think the fact you’re both from BK strengthened your bond?

It definitely did because it gave us something in common. Brooklyn was another topic for he and I to speak on, as opposed to music, solely. We have a lot we can relate on.

You are on the Memories Don’t Die Tour with Tory Lanez. How did that come about?

So, pretty much, I got the offer to be on tour with Tory Lanez because he took an interest in my music. I am still a student in the game. I look up to Tory. He provided this opportunity; I was shocked like, “This is what you want me to do?” Ever since then, [we have been on the go]. I am literally at the venue right now preparing for my show. I can’t complain. It is a dream come true. 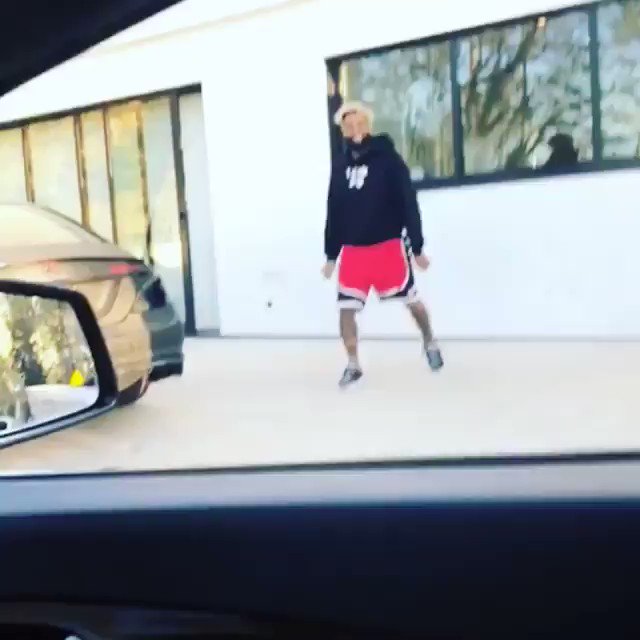 So, this came following you being credited for making Odell Beckham Jr.’s dream come true by getting him to dance in a music video?

[Laughs] Yeah, definitely! This took [off] following that. I don’t know how to explain [this feeling]. It is crazy. I am just thankful. Some of the best social media videos of people moving [to “Leave Me Alone”] include Sterling Shepard, Ty Dolla $ign, JaVale McGee, Justina Valentine and Tory Lanez. There were a lot more people.

What have you gained on the road?

I learned how to better myself as an individual when it comes to the music. That’s number one! Two, I learned how to strengthen my character with the right people. I can not lie, [before this] I was antisocial.

I did not really understand the concept of meet and greets. I did not understand the politics you had during a show. Before the Memories Don’t Die Tour, he was just my big brother. I can say I learned a lot from him and this experience.

There was recently a physical altercation on the Memories Don’t Die Tour. Has this taught you anything?

It taught me that fans are unpredictable. That is pretty much the [lesson]. I know I need to be more aware of what the fans are doing. Even though they are here to see you, I always need to be on point. That is what that situation taught me. Other than that, I know my brother is a great performer. I watch his set all the time. He is A1!

Your latest single “Livin’ It” is building streams. What’s next musically?

So, pretty much I am working on a mixtape. That mixtape is going to drop real soon. I actually have more singles that I want to release out to the public, as well. [At present], I am pretty much just soaking in this whole tour life.

It’s a [necessary] step to have, so in the future when everything drops, I will be mentally prepared. I just need to keep this traction going. I want to keep everything on a positive wave. I do not want to have a downfall. My main objective is to keep everything going up. You know what I am saying?

Is there a tentative release date and title for your forthcoming mixtape?

Yeah, there is. Also, there definitely is a title. I am not going to tell you just yet. That is classified information. [Laughs] Tentatively, fans should be looking out for it now. They should be watching, as we continue to build. I have a lot of music I really want to release, but I can’t say [anything yet]. I have to focus on how things [rollout].

Who do you credit as some of your inspirations?

I credit Drizzy Drake, Tupac, Styles P, Jadakiss, Bankroll Fresh, Max B, Fabolous and The Weeknd. I can go on and on. There are a lot of people.

Sonically, how would you say your music differentiates itself?

It is because this is all organic. It is not like I sat down and I meditated on someone else’s flow. I never utilized someone else’s way of doing a thing. It [was never] like, “You know what? I need to make something else that sounds like this song.” I sat down and timed [my singles] with the beats that I had at the moment. In the studio, I think [along the lines of], “This is how I am going to make a song sound — do it like this. Here is how we can make a record different.”

I don’t like sounding like other artists. Sonically, I am different, and it’s undeniable. That’s my whole take. I work on sounding different than [what is on the radio], and that is my primary objective.

A lot of fans are unfamiliar with how heavy you are in the skateboard culture. Can onlookers look forward to you dabbling more within that realm?

Skateboarding has always more so been a personal thing. I am full-speed ahead with the music. If a skateboard was in front of me, I am someone who can do tricks and shit. I can do it! [Laughs] I am meditating on music more now.

Hip-hop has seen Lil Wayne on his skateboard. It is a unique creative aspect.

You are the son of Haitian parents, and rep it to the fullest. How has this influenced your sound and individuality?

Being Haitian is what shaped my morals. It made me who I am today. Also, it made me a passionate individual. It [means] more than even being a kid from Brooklyn. I have Haitian parents who [immigrated] from Haiti. My morals and tact are on another level. [Mentally], I’m not like other people [my age]. I don’t know how to articulate it, but you can see it. You met me. So, you know what’s up.

What do you hope resonates most with your growing fanbase?

I want them to know that they can find comfort in my music. I hope my music can be a safe haven for them. I do not want fans to only look at me as an artist, solely. I do not wish just to be someone who makes cool music. I want to be known as a man of character.

I played the cards that were given to me. So, it can be like, “Yo! He became the guy that [he wanted to be]. He actually played [his hand], and made the best of it.” I aspire to be an influential person. More so [than anything else]… even though I rap about all these wild b—–s and all that shit. Pardon my french. No, but really, I want to be an influential figure with flow. Well, I will probably be. This summer we just need to turn up.